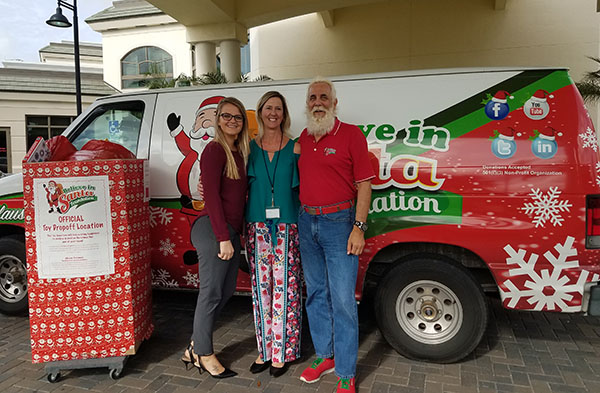 Employees of NuVista Living at Wellington Green nearly filled a large toy donation box over the course of several weeks with donations for the Believe in Santa Foundation. NuVista owner Paul Walczak then made a large donation, which had the box overflowing. Shown above are NuVista Director of Human Resources Ashley Tonnesen and NuVista Lifestyle Director Dorene Harkness presenting the box of donated toys to Keith Cason, president of the Believe in Santa Foundation.