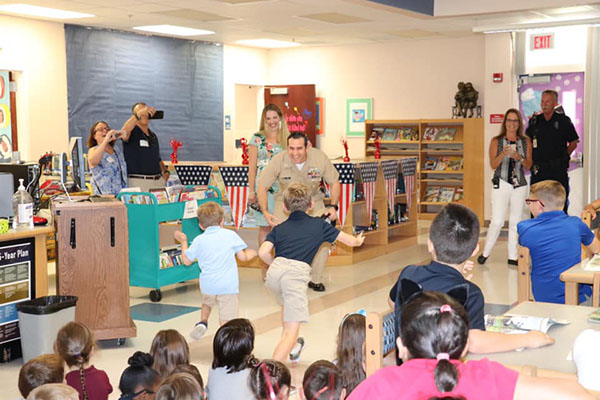 U.S. Navy Senior Chief Michael Forjan surprised his two sons Logan (kindergarten) and Christian (fourth grade) at Panther Run Elementary School on Tuesday, Sept. 17. The children thought their father was still in Iraq. The students were invited to the media center and told they would be book buddies. As soon as the boys saw their father, they ran into his arms. Forjan will be spending as much time as possible with his family before he heads back to Iraq in two weeks.