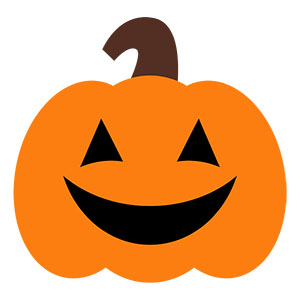 Due to ever-larger turnouts for what has been largely a private Halloween trunk-or-treat event in The Acreage, the Indian Trail Improvement District will open its public restrooms and other facilities at Citrus Grove Park on the evening of Thursday, Oct. 31.

The trunk-or-treat event has been put on by Acreage residents for years along Citrus Grove Blvd. as a way to provide a Halloween experience for youngsters despite the long distance between homes and unlighted streets in The Acreage.

“ITID will be shutting down the road, as we have done in the past,” ITID President Betty Argue told the Town-Crier on Tuesday. “We’re opening up the park. There’s going to be parking in the park. The restrooms will be open. There will be lights. They’ll be able to set up tents to hand out candy. There will also be a safe area for smaller children to run around. There will be a playground area there as well. That’s what we’re doing in addition to what we’ve done in past years. In past years, we hadn’t opened up Citrus Grove Park.”

This latest ITID action is largely due to an effort by recently appointed Executive Director Burgess Hanson, who has placed an added emphasis on recreation activities.

“He believes that we can do more, and be more community oriented,” Argue explained.

“The event is still neighborhood driven,” Hanson told the Town-Crier on Wednesday. “All we’re trying to do is provide some safety with the PBSO, some lights and some conveniences, such as opening up the restrooms.”

Hanson said the board had directed him to open the park and restrooms, as well as allow trunk-or-treat vehicles to set up in the park to hand out goodies to smaller children where parents might not want them out on the road, although it will be closed to vehicular traffic.

ITID will also install temporary lighting within the park and at the ends of Citrus Grove Blvd. at Avocado Blvd. and 140th Avenue North. Avocado and 140th Avenue themselves will remain open for vehicular traffic.

Palm Beach County Sheriff’s Office details will be posted on the canal to the south of Citrus Grove Blvd. to prevent ATVs and bicyclists from coming across it onto the site, as well as the ends of the street where it will be closed. Another deputy will be walking Citrus Grove Blvd.

“It’s just to make the participants at the event or trick-or-treating feel a little safer and not have to worry about ATVs or any other type of vehicles being on the sidewalks or being in an area where there should be no vehicular travel,” Hanson said. “I have some employees who are actually going to be volunteering to hand out candy that night, and they’re looking forward to it.”

Trunk-or-treat on Citrus Grove will start at about 6 p.m., but vehicles holding treats to hand out will be allowed to set up in the park as early as 9 a.m., until the road is shut down between 4:30 and 5 p.m.

“We’ll have a staff person there, as well as some PBSO volunteers, and they will monitor the number of cars that are in there, and as cars leave, they’ll let cars go in there,” Hanson said. “What we’re trying to do is open up that parking, so people do not have to park along swales. However, there are so many people that we know it will happen because there’s just not enough parking. This will at least make it a little more convenient and safer for participants.”