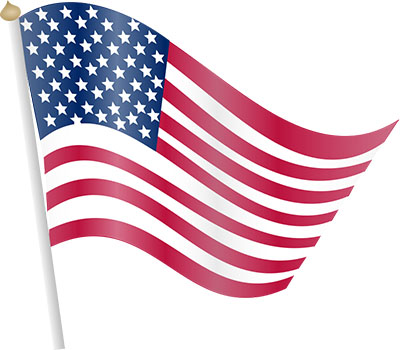 Monday, Nov. 11 is the 101st anniversary of the armistice that ended the hostilities of World War I, then called the Great War. The observance has since become the modern Veterans Day holiday, which will be commemorated once again with events hosted by the Village of Royal Palm Beach and the Village of Wellington.

These local observances bring out hundreds of attendees, who turn out each year to honor veterans in the community.

“We have something new this year. It is the first time we have done it, and we want it to grow each year and make it an annual event,” Royal Palm Beach Parks & Recreation Director Lou Recchio said. “We want to address veterans on a face-to-face basis. We are inviting them to a breakfast for them and their families, free of charge.”

“The program begins around 10 or 10:30 a.m. after everyone has eaten and includes guest speakers, the mayor and the council,” Recchio said. “We want to thank and honor the veterans on a personal basis and shake their hands. We want to give the veterans something to remember this particular Veterans Day.”

Residents interested in attending the free breakfast should RSVP to (561) 790-5196. Recchio said that about half the seats are already spoken for as of press time.

The ceremony includes military guest speakers as well as the village dignitaries. The Seminole Ridge High School and Royal Palm Beach High School JROTC cadet escorts will be on hand, and veteran support organizations will also be at the event to assist veterans.

The Royal Palm Beach Community Band is scheduled to perform, and there will be static displays of military vehicles by the 1218th Trans Company and Project 425.

Members of the American Legion Post 367 and the Unit 367 Auxiliary will be there representing the organization. The event will help the American Legion in its continuing efforts to provide support and service to veterans, their families and the community.

“Because the event is held indoors, we don’t have to worry about the weather,” Recchio said. “We think we are creating something special to thank the veterans, and we hope it grows every year. We are looking forward to it.”

Taking advantage of the fall weather outdoors, Wellington is offering its annual parade beginning at 8:15 a.m. on Monday, Nov. 11. “We strongly encourage all veterans in our community to walk in the parade,” said Community Programs Manager Michelle Garvey, who oversees the event.

Veterans, whether active or retired, can register at the event, and their names will be announced during the program.

The Veterans Day Ceremony begins immediately after the parade at 8:30 a.m. The program will include remarks by members of the Wellington Village Council and the solemn ceremonial placement of memorial wreaths.

This year, there will be a dedication of a Blue Star Memorial Marker by Maria Wolfe and Jan Seagrave. The marker is sponsored by the Wellington Garden Club.

The parade and ceremony are hosted by the Village of Wellington and the American Legion Chris Reyka Memorial Wellington Post 390 to honor all current and former members of the armed forces. The ceremony is slated to last about one hour, to be followed by a commemorative group photograph.

Representatives from the Seminole Ridge High School JROTC will be present to assist at the ceremony.

The hometown atmosphere of Wellington makes the traditional parade and ceremony a timeless tribute to those who have served the nation, Garvey said.

“It is the annual gathering to honor the veterans in our community,” she explained.