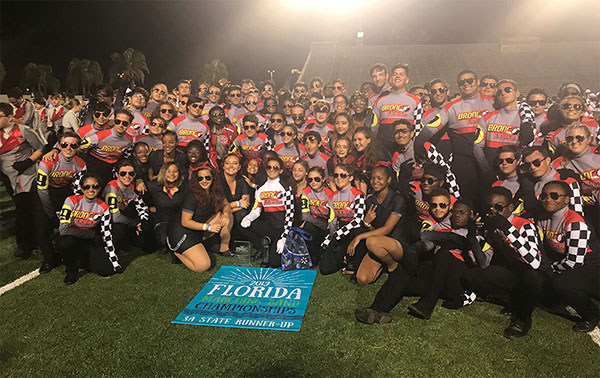 The Palm Beach Central High School Bronco Band finished its season at the Florida Marching Band Championships on Nov. 23. The Bronco Band earned its 10th finals appearance in school history and the fourth in a row. In the finals, the band gave one of its best performances of the year, earning the silver medal and finished as the state runner-up. The school congratulations the band and its director, James Yaques.