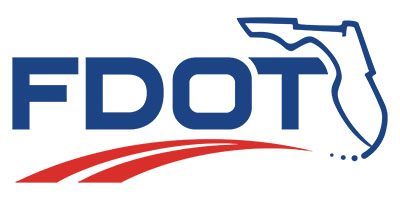 State Rep. Matt Willhite (D-District 86) and State Rep. Rick Roth (R-District 85) held a roundtable discussion on Wednesday, Dec. 18 with railroad and transportation officials at Palm Beach County’s Vista Center in the aftermath of an accident at an ungated railroad crossing at the J.W. Corbett Wildlife Management Area last month that killed a woman and her two grandchildren.

Valery Jo Rintamaki, 58 of West Palm Beach, was traveling on the Beeline Highway to a Cub Scout event in November with her grandchildren, 8-year-old Skyler Prestano and 10-year-old Tristan Prestano of Wellington, when her SUV was hit by an Amtrak passenger train.

Roth, whose district includes the ungated crossing where the accident occurred, thanked Willhite for organizing the meeting.

“I believe this is the right way to deal with this problem,” he said. “It’s sad when you realize that traffic lights get put in and overpasses get built because somebody had an accident and died. A lot of times, that’s what causes us to make changes.”

“A lot of this is just to share information,” Willhite said. “I certainly don’t know all the answers, and I’m hopefully getting them from you. You’re the experts in this.”

“For safety measures, it has gone beyond anything we’ve ever done in the State of Florida before, and we’re also launching a statewide education initiative to start as well,” he said. “The actions he spelled out that he expects us to deliver, it’s all the people in the FDOT, not just these people here, and it’s throughout the entire state.”

O’Reilly said officials plan to create a “dynamic envelope” with extra markings on the ground at every crossing in the state on state-owned land.

“We will go to every state-owned roadway and all state-owned land where there is a rail crossing and make sure this countermeasure is installed,” O’Reilly said, explaining that the traditional X-shaped railroad crossing signs do not indicate clearly where the actual rails are. “The idea is that we will put extra markings on the ground, extra signs there to signify where that area is that a car should never stop in. If you’re approaching a railroad crossing, and that marking is on the ground, the message is you don’t go through it until you’re clear to go all the way through it.”

O’Reilly said FDOT has done some trials of the concept, and it has been proven successful to prevent cars from stopping within railroad crossings. The target to complete the project is by March 2022.

“This is a visual cue to let people know that they should never stop within that marked area,” he said. “They’re in a danger zone there if they do.”

“Right now, we’re working on how to market this to the public and get the information out there, so they know the expectation, if you see this marking on the ground, don’t stop,” he explained. “We’ll also work with all the major law enforcement agencies.”

O’Reilly estimated that there are about 4,000 rail crossings in the state that will receive the treatment.

“From a money perspective, we’re going to absorb that into the FDOT budget,” he said. “We’re going to find a way to fund it, so that won’t be an issue.”

Abrams said Tri-Rail has worked with law enforcement, focusing on the City of Lake Worth Beach, where there have been several accidents, and the effort has been successful.

O’Reilly said his safety staff has been working on trespasser issues, installing extra fences and working on more enforcement.

Willhite asked about crossings that go over property that is not state owned, and O’Reilly said FDOT sets the standards that are expected to be followed by all entities.

“We would expect them to partner with us and follow our lead and install those,” he said. “I think most counties would be able to do that. If there’s areas that don’t have the resources to do it, I think we would be open to talking to them and see how we can assist them in doing that. The goal is to get this at every crossing.”

Roth said he has not been out to the crossing where the recent accident occurred, but he has seen crossings in his district that are unmarked other than the traditional railroad crossing sign.

O’Reilly said the markings would be large white stripes on the ground to indicate where the rails cross the road, along with signs that warn drivers that there are no gates that go down when a train is approaching.

Willhite asked about nighttime safety and whether solar-powered signs have been considered.

“We’re talking a lot about a crossing in one area where we just had three tragedies, but I think that’s probably around the entire state,” he said. “What can we do to try and make that better in the evening at these kinds of crossings?”

O’Reilly said each crossing needs to be evaluated.

“We’ll look at every single crossing,” he said. “And then you’ve got [State Road] 710 because there was a recent issue. Our first order of business is to get the necessary signs out there and added signs, so that’s being done or in the process of being done right now. The next step is to work with the railroad, the Fish & Wildlife folks and look at that crossing. There is a procedure whereby you review a crossing, and we talk about several things. We talk about where that crossing goes, because the absolute safest would be if there is no crossing there, but you’re going to have uses. That’s just not possible.”

He added that an alternative might be to include that crossing with an adjacent one so there is one less crossing.

“You go through those steps, so then you end up with a step that says, ‘No, the crossing needs to be there.’ In that case, I won’t presuppose the diagnostics review, but I think the likelihood is that the state would then add the gates and lights and everything right there,” O’Reilly said.