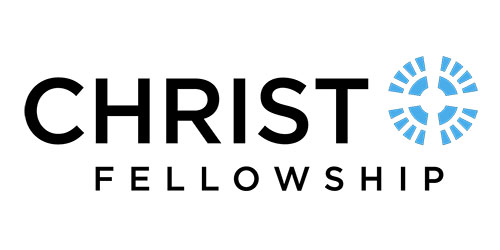 At a public hearing on Monday, Dec. 9, the Westlake City Council approved a site plan for Christ Fellowship Church, as well as the initial phases of the International Sports Training Facility (ISTF), a school that will cater to young soccer athletes.

Both the church and the school will be on the east side of Seminole Pratt Whitney Road at the community’s southern border.

The 38,155-square-foot Christ Fellowship worship center will be separated from the soccer school by a parking lot. It is on 12.771 acres and surrounded on the other three sides by the fields and facilities of the 91-acre soccer facility. Main access will be off internal roads known as Waters Edge Drive and Ilex Way.

Westlake Planning Consultant Nilsa Zacarias said the current application for the church was for the worship center, and that applications for future ancillary facilities of about 25,000 square feet would come before the council in the future.

The required parking for the worship center is 217 spaces, but the applicant is proposing 627 spaces, in anticipation of the future 25,000 square feet of space.

The application does not currently provide for signage.

Zacarias added that the application meets all code requirements for landscaping, drainage and traffic.

Donaldson Hearing, representing the applicant, said this will be Christ Fellowship’s 11th campus. The plat, which is a permitted use under Westlake’s code, was approved at the council’s Nov. 5 meeting.

The sanctuary will have 800 seats and cover 11.3 percent of the total acreage.

“The closest campus is the Royal Palm [Beach] campus, which was built in an old Target store at [State Road 7] and Southern Blvd.,” he said. “This campus will provide some relief for the Royal Palm campus, as well as serve the residents of Westlake and the surrounding areas.”

The project’s roadways and pedestrian pathways will be coordinated with the ISTF facility that will surround the church on three sides, as well as walkways on Seminole Pratt Whitney Road to the west. Hearing said that construction will begin as soon as a permit is submitted before the end of the year and will be completed in time for Christmas 2020.

Vice Mayor Katrina Long-Robinson made a motion to approve the application, which carried 5-0.

The council also approved a site plan for the initial phases of the adjacent ISTF project.

The council approved the master site plan in October, which is in several phases, including seven soccer fields, parking, storage, cafeterias, training areas, an observation building, a covered field, medical and professional offices, dormitories, a performing arts center, and an elementary, middle and high school. Landscaping is included for each parcel.

Hearing said all the uses for the ISTF are permitted under Westlake’s land development code.

“On Oct. 28, you approved the Phase 1A site plan, which is now well into the permitting process, as well as the plat for the 91-acre overall parcel,” he said. “Tonight, we’re asking for site plan approval, so we’re just implementing those things that were shown on the master plan, consistent with the requirements of your code, on three of the parcels: Parcel 1, which will be a 24,400-square-foot office and medical facility; Parcel 2, which will be a 500-student lower school; and Parcel 5, which will be an 800-student upper school, together with dormitories and a commons building.”

Hearing added that additional dormitories are planned for the future. The office and medical facility design uses an energy-efficient international style that will integrate into the second phase, with access from Ilex Way with a covered drop-off area and pedestrian access to the west, as well as connections to the lower school. The 500-student lower school will include play and training areas.

The upper school will include dormitories and a physical plant that will serve both the upper and lower schools.

“We built a small bus loop in the front at the main entrance, so it is secure, one point of entrance to the school and dormitories, or what we refer to as the residential village,” Hearing said. “We also have an activity center for anybody who is housed there, where they can have some indoor recreation, as well as a pool outside.”

Councilwoman Kara Crump made a motion to approve the site plan, which carried 5-0.