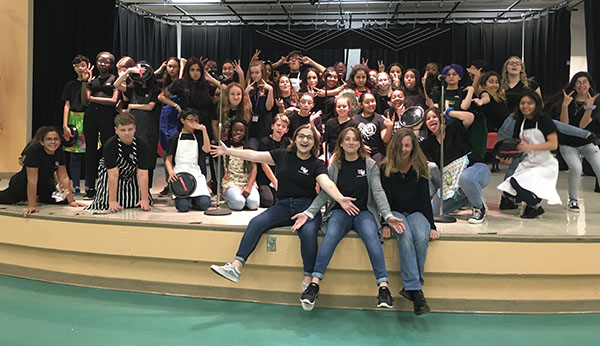 Polo Park Middle School’s drama club held a sweet holiday performance on Dec. 5 with its first “Dessert Theatre.” The student-run show of 40 members both on stage and behind the scenes put on a medley of Broadway songs, from solos and group numbers to monologues. The audience got to enjoy an array of desserts while watching the show. There were 12 performances in all. Drama club sponsors Jamie Senese and Alissa Strackman, along with her daughter Allison Strackman, a student at Park Vista High School’s theater department, and student Austin Friedenburg of Olympic Heights High School, all helped bring it together with support from Polo Park’s Band Director Kevin Graham.