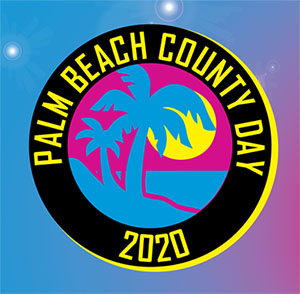 Representatives from the Town of Loxahatchee Groves and the Indian Trail Improvement District are ready to trek to Tallahassee next week for Palm Beach County Day to lobby for bills that include road and water improvements that have made their way through pre-legislative committee hearings.

“Our three legislative initiatives this year are the M-O Canal outfall, we need $400,000 for that,” Argue said. “The second initiative is a charter amendment, which would give us the right to do a feasibility study [on incorporation], and the third item is State Road 7 being added back. We still support State Road 7 going to reach Northlake Blvd.”

The M-O Canal runs along the northern boundary of ITID and separates The Acreage from the J.W. Corbett Wildlife Management Area.

“We have an outfall gate there that over the years has deteriorated, and as a result of it deteriorating, and Corbett operating at a much higher level than it was designed for, we can’t withdraw water,” Argue said. “We have to hold it a little bit higher, otherwise it puts pressure on the canal bank, and it’s made worse because of the levee not being completed. So, we need to get that gate replaced so that we have a control there and can hold the water higher than what the structure currently allows us to do.”

Argue noted that ITID has some grant money approved to help with the gate replacement, but it needs more money from the state.

“Indian Trail is going to be holding a community meeting on Feb. 11,” Argue said, adding that the meeting will be at Seminole Ridge High School from 7 to 9 p.m. “The purpose of that meeting is to hear from the residents and garner their support and generate some activity to put some pressure on the TPA board members who voted to remove it from the long-range thoroughfare map. I think that maybe those members need to know what the impact is for our community and how our community feels about it.”

Regarding the proposed charter amendment, it would allow ITID to do a feasibility study on incorporation and create a committee that will look at the pros and cons of converting ITID to a municipality and allow the district to draft a charter.

“Nothing can happen until there is a petition of 5 percent of the registered electorate to hold a referendum on incorporation, or on the conversion of the district to a municipality, which would have to come from the community,” Argue said.

“Rep. Willhite has been extremely helpful in assisting the Town of Loxahatchee Groves through the process last year and again this year, along with State Sen. Bobby Powell [D-District 30],” McNicholas said. “Rep. Willhite has specifically taken the lead and helped push all four of our bills through to the next committee level.”

She said that while both Willhite and Powell are Democrats, they work across the aisle to get legislation passed.

“They know the system. They are working very hard to get as much as they can back for Palm Beach County, and it’s really a nice thing to see,” McNicholas said. “We have until last year not been close to bringing anything back.”

She said the bill for a North Road multi-use trail, which passed both houses last year but was vetoed by Gov. Ron DeSantis, is for matching funds from the state, but advocates will try other avenues to see if they can avoid a veto this year.

She explained that garnering the interest of the Department of Agriculture is important in that the Division of Forestry office is on D Road and getting road improvements and guardrails there is important for the operation of forestry vehicles. Agriculture Secretary Nikki Fried recently visited the office, where she was able to see first-hand the condition of the road.

“Rep. Willhite is a Palm Beach County firefighter. It is appropriate that he’s sponsoring this,” McNicholas said. “In essence, this will lead from Southern Blvd., which is being enhanced as a very fast highway, and comes off to a very rural, dirt road and leads to the state’s Division of Forestry office.”

The North B Road improvements north of Okeechobee Blvd. are important in that it will complete a connection to South B Road, which was recently paved with the help of nearby developers.

“It goes directly across to Wellington, and we do have a lot of overflow of equestrians, so we have a lot of traffic going north on B Road, and the southern part is already improved, so we’re looking for the northern end of that to where the sod farm is,” McNicholas said.

Funding for canal rehabilitation is important because not a lot of money has been put toward that purpose in the 100-year history of the Loxahatchee Groves Water Control District, which recently became dependent to the town, she said.

“They have been maintaining them, but there has not been a huge amount of funding to do anything else,” McNicholas said. “This is going to allow dredging, collection of material that will improve the esthetics, and then re-establish the desired cross sections so that we promote native vegetation and filtering.”

More information on Palm Beach County Day can be found at www.pbcgov.com/pbcday.