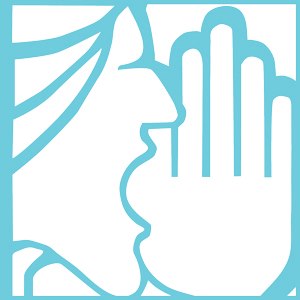 Morales praised the Town-Crier as a key component in the development of Royal Palm Beach and the western communities.

“Week in and week out, for the past four decades, the Town-Crier has been there telling the story of our hometown,” Morales said. “There is not an individual, organization or business that has not benefited from the light that the Town-Crier shines in the western communities.”

Founded in 1980, the Town-Crier newspaper is not only the oldest and largest weekly newspaper covering west-central Palm Beach County, but also part of one of the largest independent publishing groups in South Florida.

The newspaper was founded in May 1980 by the late Bob Markey Sr. It has been owned by the Manning family since August 1998. Barry Manning had been a successful newspaper publisher on Long Island and retired to Palm Beach County after selling his publications in the Empire State.

Not long after moving to Palm Beach County, he jumped back into the newspaper business, purchasing the Town-Crier with his wife Phyllis and son Joshua. Through ups and downs in the newspaper industry, they have operated the newspaper ever since, along with a dedicated staff of writers, contributors, marketing and production professionals, including General Manager Dawn Rivera.

The newspaper, published Fridays, covers the communities of Wellington, Royal Palm Beach, Loxahatchee Groves, The Acreage/Loxahatchee and Westlake. It is distributed predominantly via the U.S. Mail through free subscriptions, along with box and rack locations.

Every day, real news is made here in the western communities, and the Town-Crier is there with more writers specifically covering the Palms West area than any other publishing company, bringing community information that cannot be found anywhere else in a clear, concise and credible manner. The Town-Crier maintains a frequently updated web site at www.gotowncrier.com.

Affiliated with the Town-Crier through common ownership, although run by separate companies, is Wellington The Magazine, the premier luxury lifestyle magazine serving the Wellington market with a particular focus on the thriving equestrian community. The Town-Crier is also known for publishing periodic specialty magazines.

A premier list of speakers will pay tribute to the newspaper at the dinner on April 4. Sponsorship and souvenir program advertising opportunities can be obtained by contacting Dan Splain at (561) 282-6800 or dsplain@nriinstitute.edu.