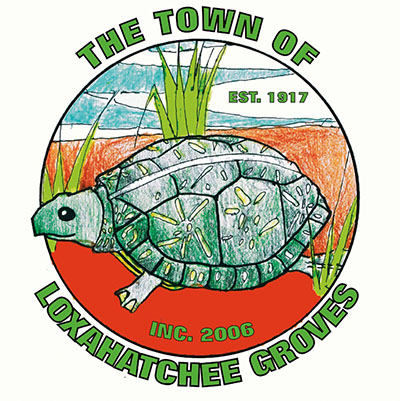 When Loxahatchee Groves voters go to the polls on Tuesday, March 17, they will vote on three ballot questions relating to the town’s charter. One is a housekeeping measure, while two would apply term limits to council members and the mayor.

These ballot questions are in addition to the municipal election for Seat 5, where incumbent Vice Mayor Dave DeMarois is being challenged by former Councilwoman Marge Herzog.

The town’s Charter Review Board spent a great deal of time last year going over the charter, finding portions that are no longer relevant or no longer apply.

The first referendum question asks voters if they want to delete language in the charter that is outdated or no longer applicable to the town regarding boundaries as they relate to annexation prohibitions, qualifying periods, standards of conduct, transition schedules during the incorporation process and references to county taxing districts that no longer apply.

The second question asks if the charter should be amended to provide that a council member may not be selected to serve more than two consecutive annual appointments as mayor unless an annual break of one election cycle (one year) has occurred.

The third question asks if voters wish to provide that a council member may not serve more than two consecutive terms of three years each unless there is at a minimum a break of one regular election cycle following the end of the second term in which the person does not serve as a council member.

The town has created an information page online at www.loxahatcheegrovesfl.gov that answers frequently asked questions on the referendums, as well as other election information and a sample ballot.

“It lists the three ordinances that are the subject of the referendums,” Town Manager Jamie Titcomb told the Town-Crier on Wednesday. “It gives the description on the ballot, and it gives a brief explanation of what a ‘yes’ vote means and what a ‘no’ vote means. I wrote that for the charter committee to put on the web site because I wanted some explanation from the town about what these meant to the lay person. However, we can’t advocate for or against the outcome of the vote.”

The charter committee started out with 15 members appointed by the council. Four members left, leaving 11 members to finish the completed product approved by the council in November. Bill Ford started as chair, which has since been turned over to former Loxahatchee Groves Water Control District Supervisor Don Widing.

Titcomb said the charter committee will continue to meet regarding other possible changes, but the referendum questions that will appear on the March 17 ballot were produced on a timeline that fit with the Supervisor of Elections schedule.

He explained that the first question would remove provisions that are no longer relevant, such as details regarding the transition of the town upon incorporation.

“Much of that language was unique to the snapshot in time of going from unincorporated to incorporated,” he said. “None of it is relevant or pertinent anymore. It will retire that outdated or obsolete language.”

Titcomb said voting against the question would not change the way the town operates but leave the charter with a lot of superfluous language.

The question about term limits for the mayor would limit the mayor to two consecutive years as a council-appointed mayor. The largely ceremonial role is selected each year in April from among the sitting members.

“The intent of that is to enable a rotation among all the council members over multiple terms,” Titcomb said. “A ‘no’ vote on that would leave it status quo, which allows any interested council member to be able to serve as mayor for an unrestricted number of terms as long as they’re holding office.”

He said passage of the referendum question would forbid the situation where former Mayor Dave Browning was elected to consecutive mayoral terms from incorporation until he decided not to run for re-election in 2019.

The third referendum question would set term limits for council members to two consecutive terms of three years each.

“The candidate would have to sit out one election cycle, not a term, an election cycle, which essentially is the equivalent of a year,” Titcomb said, explaining that the lawyers got concerned with the language of “one year,” preferring to use the term “election cycle” because some election cycles may be a few days less than year due to election dates. “Then they can run again after that one-year sit-out.”

Titcomb said all the questions are worded to be effective immediately upon approval. “The available seat on the council, whoever wins that seat, if the term limits were to pass also, then they would be applicable to the person who wins that seat next Tuesday,” he said. “The same thing for the mayoral provision. For example, if Mayor [Robert] Shorr, after Tuesday’s vote if they pass the mayoral restriction, he could technically still be appointed mayor two more consecutive years because it would take effect upon passage.”