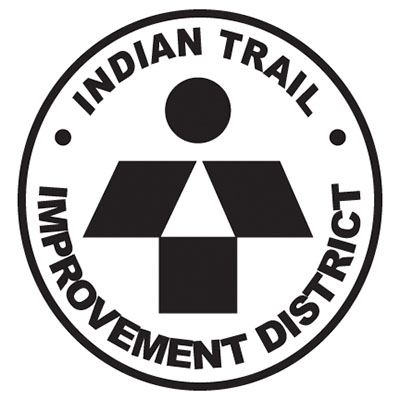 A bill that would have amended the Indian Trail Improvement District’s charter to allow it to conduct a study on the feasibility of incorporation has died in committee in Tallahassee.

House Bill 975 would have revised the boundaries of the district, required the execution of an interlocal agreement with other governmental agencies, provided for a referendum and authorized the district to study the feasibility of an elector-initiated conversion of the district to a municipality. It was filed by State Rep. Rick Roth (R-District 85) on Dec. 17 but died in the Local Administration Subcommittee on Jan. 14.

Argue said she did not think anyone in particular held up the bill’s progress, but questions were raised about the petition process.

“I think there were some things they did not like about it,” she said. “One of them had to do with the number that was presented in the petition in order to have a referendum, but it just never made it to the agenda.”

The bill would have required approval of 5 percent of the voting populace in order to qualify for a full referendum.

“We had agreed to an amendment, but then they never put it on the agenda,” Argue said. “We thought we had one more week, and they abruptly canceled the meeting for that week. They weren’t having any more subcommittee meetings. I don’t think it affected just our bill. There were a lot of local administration bills that never got heard.”

“We had provided them with an amended bill with that taken out, but it never made it to the agenda,” Argue said. “I think there’s more going on at the state level with respect to local government, and we got caught in the crosshairs on it. I don’t think it was a specific objection to our charter amendment.”

The bill was sponsored by Roth and managed for the district at the state level by lobbyist David Ramba.

“The process is that you have to be heard at different subcommittees at each stage before you go on to the next level,” Argue said. “It never even got out of that subcommittee to get heard at the main committee level.”

The bill may be reintroduced next year, but Argue said that would be Up to the entire ITID Board of Supervisors to decide.

“I think time is of the essence right now to address the concerns of the community, so that’s a discussion we need to have,” she said. “The board, and the Acreage Landowners’ Association, need to take a more proactive role with some of these things to keep the ball rolling.”

ITID has another bill still making its way through the legislative process asking for $200,000 to upgrade the M-O Canal outfall gate that separates ITID from the J.W. Corbett Wildlife Management Area, which has been kept at higher water levels than the district. “The gate allows us to hold the water level higher in the M-O and control discharge levels,” she said.

The district did not pursue getting the estimated $5.7 million in funding this year to get the rest of the Corbett levee upgraded out of concerns for the price of the request and that it should be the responsibility of a broader level of bureaucracy than ITID.

Funding of $4 million was provided by the state in 2014 to fund half the levee after rain from Tropical Storm Isaac threatened to breach the existing levee. Half of the levee was built by the South Florida Water Management District, but the other half of the levee was never funded, and the original $4 million cost estimate has escalated to $5.7 million.