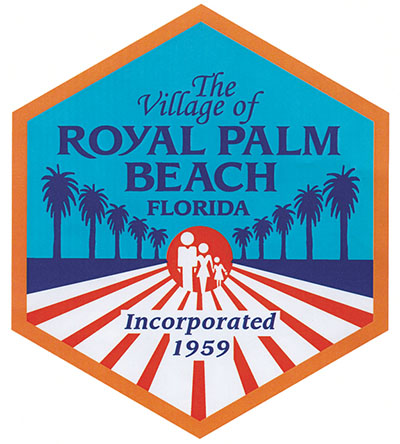 At the Tuesday, Feb. 25 meeting of the Royal Palm Beach Planning & Zoning Commission, the Dunkin’ Donuts on Royal Palm Beach Blvd. received special exception use, site plan and architectural approval, along with a landscape variance, to build a new restaurant on the lot next door, just north of the existing location.

Popular for the past 35 years in a building originally constructed as a Miami Subs in 1985, morning coffee and breakfast fans often back up onto Royal Palm Beach Blvd. waiting to get into the facility.

Many residents may not have even realized a parcel exists between the current donut shop and the water to the north, but a .92-acre pie-shaped lot at 1351 Royal Palm Beach Blvd. is part of the shopping center and is planned to be the new home of the popular eatery.

Rebranded as just Dunkin’, the 3,183-square-foot restaurant will feature an improved drive-through and call-ahead pickup lane aimed at keeping traffic from backing up onto the boulevard. Easements on the parcel necessitated the landscape waiver, but village staff assured the commissioners that the same number of trees and shrubs will be used as if there were no variance.

“Thank you for moving the traffic off of Royal Palm Beach Blvd.,” Commissioner June Perrin said to murmurs of consensus.

When Development Review Coordinator Kevin Erwin reported that the facility would have 24 parking spaces when only 15 are required, Commissioner Ross Shillingford was concerned with the need for the extras. When told it was necessary during peak hours, he said, “I love the project… just don’t provide more pavement than we need.”

A parking issue was the concern regarding the only other item on the agenda. This was a variance application to allow 143 parking spaces for a commercial development located at 11700 Okeechobee Blvd., at the corner of Royal Palm Beach Blvd. It’s a currently vacant office building known for its nonfunctional clock tower at the corner.

Regulations require that the building’s proposed use require 149 spaces. That is, six more spaces than it currently has.

Erwin said that village staff recommends denial of such applications as a matter of policy because approval would seem to say there might be something wrong with the code. Further, staff believes no special conditions exist that would warrant the variance.

He continued that the applicant is seeking the variance in order to allow the entire existing 22,170-square-foot, two-story building to be used for medical office purposes. Currently, the second floor is zoned for professional use. The building has sat empty since receiving its certificate of occupancy more than a decade ago.

“Part of the reason the owners have had trouble leasing it is their refusal to subdivide the space,” said Planning & Zoning Director Bradford O’Brien in an interview with the Town-Crier. “They always wanted to lease it as the entire building, or the entire floor. That’s a lot of space for a medical office or an engineering firm.”

Erwin said that the village sent out the required notice, to all residents within a 300-foot radius of the subject property, notifying homeowners of the variance request and received no responses either supporting or objecting to the application.

However, owners of the other two currently vacant outparcels on the site, which are presently zoned for banks, wanted it on the record that they didn’t want to give up their parking spaces should the parcels be used in the future. Parking for the entire development is communal.

“I appreciate your concerns about parking,” Perrin said at last week’s meeting. “I think we have to move forward in a progressive way.”

Brian Terry was at the meeting representing the building owners.

“We are not modifying the building or the parking,” he said. “There is a shared parking agreement. It is one cohesive development. The only change is the lights will be on.”

Terry noted that Royal Palm Beach’s parking code is very strict. “If the building were in any of the surrounding communities, we wouldn’t need to request the variance,” he said.

Shillingford said it is important to get the unused building occupied. “Having been vacant for so long, it is a pity for the village,” he said.

Commissioner Ray Nazareth was still unmoved regarding the parking request. “I am leaning toward denial,” he said.

Perrin said that it would be nice to have the clock working, and Erwin said that an operational clock is a condition of the site plan.

The measure passed 4-1 with Nazareth dissenting.

Both projects now head to the Royal Palm Beach Village Council for approval.