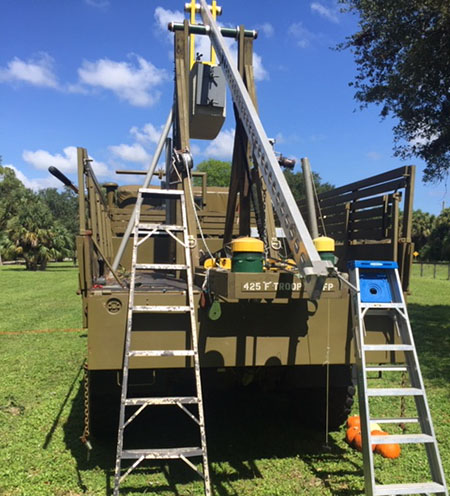 Project 425 of Loxahatchee Groves performed a test firing of its newly rebuilt trebuchet on Thursday Oct. 8. Mike Carroll was the trigger man along with Bill Arcuri as loader. Curt Rich and Nelson Parrish were down range acting as forward observers. Ray Branch was safety observer out on the road, and Jim Kosinski was the official photographer. Rick Hague and Wayne Jackson were also in attendance. The crew test-fired several projectiles, including one coconut, one small melon and several pumpkins. All were launched out to a distance of more than 500 feet. Project 425 has participated in the annual pumpkin chunkin’ event usually held every fall at Community of Hope Church. The event has been canceled this year because of the pandemic but hopes to resume the popular event next year.