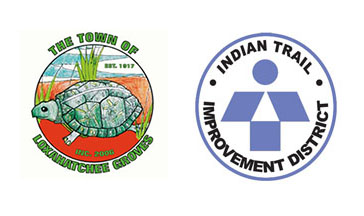 A resident of The Acreage is circulating a petition that has received almost 1,000 signatures asking the Indian Trail Improvement District to re-open the 140th Avenue North cut-through to North Road in Loxahatchee Groves.

ITID, which has legal jurisdiction over that portion of road, recently closed the passage in an attempt to eliminate cut-through traffic and large trucks that have increasingly used the shortcut to save time traveling in the area, and to prohibit its use by an increasing number of residents living in communities outside The Acreage.

Although the illegal cut-through has been in use for more than three decades, it has never been maintained except as a canal easement.

Dawn Frood, who started the petition and lives near the cut-through, said she discovered it was closed after her roommate, who commutes to Belle Glade, noticed that it had been shut down.

Frood had planned to present her petition at ITID’s Nov. 18 meeting, but that meeting had been canceled, so she will present it at the board’s December meeting.

Frood also wrote a letter to District 6 County Commissioner Melissa McKinlay sharing her petition and numerous comments attached. McKinlay responded to Frood with a letter she had written to ITID Executive Director Burgess Hanson, who had written to the county regarding ITID’s intention to close the cut-through. McKinlay’s letter stated that public safety was paramount among her concerns, especially with potentially increased times for emergency responders.

ITID has installed lock boxes on the gates for accessibility to first responders.

“As of yesterday, I had 981 signatures, and of those signatures, at least 80 percent of them are from this area,” Frood said. “I tried to share it only with local groups. I want it to be fair, but we have very few ways in and out of our community.”

Frood said she does not use the cut-through often, but when she does, it’s important, explaining that it offers much quicker access to hospitals and other medical facilities, including veterinarians.

Frood feels that there should be more community input regarding the closure.

“There are five people [on the board of supervisors] making decisions for the whole community,” she said. “They unilaterally made a choice for us.”

The petition is being circulated online. Find it by searching for “Dawn Frood” at www.change.org.