Briiiiiiiing! It starts with the annoying brassy ring of an alarm clock. Unless, of course, you use Alexa. Then it’s music… or the news.

You shuffle into the kitchen to get the coffee going or, if you’ve preprogrammed the maker, a blinking light may tell you it’s ready. While you’re pouring, you may glance over at your refrigerator, with a steady blue light that will not go away until you’ve replaced its $49 filter — a filter which you swear you just replaced not too long ago.

Ding! The microwave tells you your cinnamon roll is warm and ready to go, but first there’s a little sound from your phone — a friend is playing Golf Clash without you. You sit down at the breakfast table to play golf (because why not sit while you golf?) but the phone rings. It could be any one of a number of pleasant little melodies but, if you’re over 60, it’s probably the telephone-y ring that sounds just like the big black phone that used to be at your parents’ house.

You answer the phone, but then ding-dong — someone’s at the front door, probably FedEx with those noise-canceling headphones you ordered.

Is anyone else tired of this? Of having the movements of our everyday lives dictated by a bunch of electronics? Whatever happened to waking up because a rooster crowed or the sunlight streaming through your window signaled it was morning?

Whatever happened to a neighbor running excitedly up to your porch to tell you Sonny was back from the war?

Whatever happened to water from the well, so clear it didn’t need to be filtered? Or a cinnamon roll that was warm and hot because it had just come from grandma’s oven? Or a game of horseshoes in the front yard with friends you could laugh with — and slap on the back?

I’ll tell you what happened — we didn’t want any of those things.

If I hear the crow of a rooster at daybreak, I’m going to try to hit that thing with a shoe. If the sun hits my face too early, I’m getting new room-darkening shades.

And I don’t want random neighbors running up to my porch to tell me anything. They’re probably only using it as an excuse to look in my windows anyway. No, I did not do last night’s dishes yet… happy?

And as for well water… could be good, could have accidentally been poisoned when a rabid squirrel fell down there. Not risking it.

As for neighbors playing horseshoes in the yard — who are these people with time to drop everything and play a game together all at the same time? Don’t they have jobs?

And grandma’s home cooking — well, that was the first thing to go. Name one grandmother you know who is up at dawn stoking the coals of a cast iron fire pit. More likely, she’s in line at Starbucks, waiting for her own muffin to be heated up.

No, people, times have changed. And I, for one, say thank goodness. 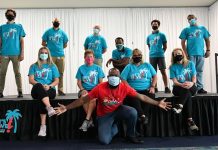 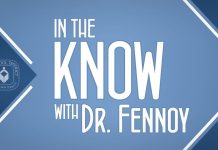 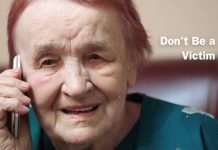