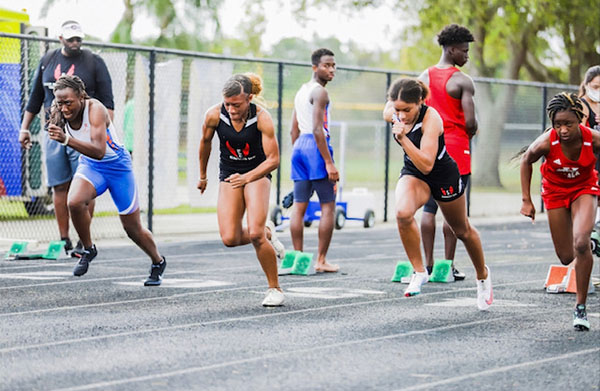 Palm Beach Central High School students Adina Jackson and Jada Smith both recently medaled at the FHSAA track and field championships. Both athletes have led their districts consistently by winning first and second places in the 100 and 200, with Smith going undefeated until regionals. Jackson has gone undefeated in long jump throughout the entire season, including districts and regionals, and broke her school record in the long jump. Jackson, a sophomore, came in third in the long jump at states and sixth in the triple. Smith, a junior, placed seventh in the 100-meter dash at states. They are shown here competing together during the regular season.

Monthly Nights At The Museum Returning To Science Center