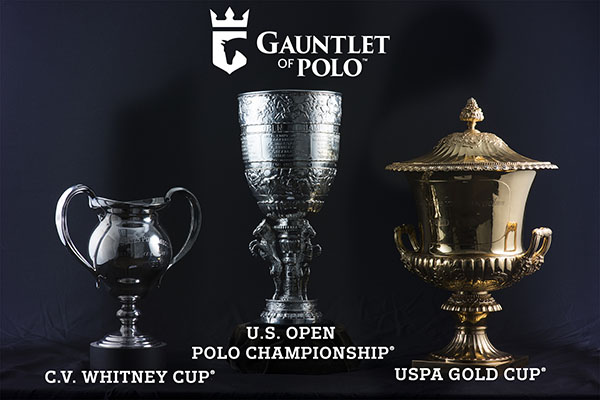 The United States Polo Association and the International Polo Club Palm Beach recently announced the 2022 high-goal polo tournament schedule and a Gauntlet of Polo one-year extension of the original three-year tournament agreement established in 2019. The season will begin on Sunday, Jan. 2, 2022 with the Iglehart Cup and conclude on Sunday, April 24 with the U.S. Open Polo Championship Final.

“Our partnership with IPC over the last three years in bringing the Gauntlet of Polo to players, fans and enthusiasts around the globe has been a significant success for the sport,” USPA Chairman Stewart Armstrong said. “We look forward to building on that success.”

The three-part high-goal Gauntlet of Polo debuted in February 2019 at IPC. Challenging the status quo and reshaping the trajectory of high-goal polo in the United States, the innovative pinnacle event increased team participation and attraction through prize money. History was made during the inaugural Gauntlet of Polo, when Pilot captured all three events and were crowned Gauntlet Champions.

The 2022 Gauntlet of Polo will return for the fourth year with the C.V. Whitney Cup on Feb. 6-27, continue with the USPA Gold Cup March 1-27, and conclude with the illustrious U.S. Open Polo Championship from March 29 through April 24 on the U.S. Polo Assn. Field.

For the first time in Gauntlet of Polo history, the competition has been thrown wide open, accepting individual team entries for all three tournaments of the high-goal series.

Revising the prize money distribution for the 2022 season, the new format guarantees a total of $200,000 in prize money with $50,000 awarded to each of the winning teams of the C.V. Whitney Cup and USPA Gold Cup. Similarly, $100,000 in prize money will be presented to the winner of the U.S. Open Polo Championship. Any team that wins all three tournaments will be crowned the Gauntlet Champion.

IPC will be joining Port Mayaca Polo Club in welcoming back the U.S. Open Women’s Polo Championship beginning on Monday, March 7 and concluding with the final on Saturday, March 19 on the U.S. Polo Assn. Field. The closing date for teams for both the 16- to 18-goal series and Gauntlet of Polo is Monday, Nov. 15, while the closing date for the U.S. Open Women’s Polo Championship is Wednesday, Dec. 1.

“We are all on pins and needles to see the best that American polo can offer in 2022 — passionate high-goal team owners, star athletes, incredible horsepower and grueling competition,” USPA Chief Operating Officer Chris Green said. “The USPA is committed to providing a level playing field for all the competitors and eager to see if another Gauntlet Champion emerges!”

IPC tentatively plans to welcome spectators so they can enjoy the sport of polo from stadium seating or the fieldside covered patio during brunch in the Pavilion. Details, including possible COVID-19 protocols, are still being finalized.

Before the Gauntlet series will be the Iglehart Cup on Jan. 2, the Joe Barry Memorial Cup Jan. 2-16 and the Ylvisaker Cup from Jan. 15 through Feb. 6.

All tournaments except the Iglehart Cup will be livestreamed on Global Polo TV’s OTT platform, accessible at www.globalpolo.com and on major apps, including iOS, Android, Roku and Amazon FireTV. The Global Polo Pass annual subscription will be made available starting November 2021 and will include polo events from around the world. The subscription will include access to all livestreamed USPA official events, select international events and much more.