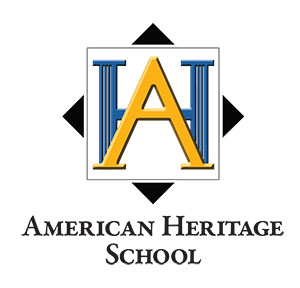 The South Florida Business Journal (SFBJ) recently announced its new rankings for its annual “Book of Lists” publication. American Heritage Schools has been ranked as #1 Private School, #14 in Corporate Philanthropy and #19 Largest Employer in South Florida.

SFBJ is a leading source for business news, data and networking in Miami-Dade, Broward and Palm Beach counties. The “Book of Lists” provides readers with more than 1,000 of the most significant area companies in their fields, by ranking.

“We are honored to be named #1 Private School, #14 in Corporate Philanthropy and #19 Largest Employer in SFBJ’s 2021 ‘Book of Lists.’ Achieving this recognition in one of the most prestigious publications for our academic and philanthropic distinctions is an honor,” said Dr. Doug Laurie, president of American Heritage Schools. “The pride felt by the students at American Heritage Schools is reflected in their desire to learn and succeed. The expert faculty, extensive curriculum and state-of-the-art facilities are a testament as to why American Heritage continues to remain on top.”

Since its founding more than 55 years ago, American Heritage has become known as a leading private school for academic excellence throughout the nation, and enrollment has steadily increased to its current total of 4,650 students in PK3 through 12th grades at the Broward and Palm Beach campuses.

One of the pillars of American Heritage Schools is compassion, which is instilled daily both in and out of the classroom. With more than 85 student-run clubs, as well as the schools’ pre-professional program partnerships with local hospitals and nonprofit organizations, the philanthropic desire to help others locally and globally is at the heart of everything the students, families, faculty and administrators do. Each year, fundraising goals are surpassed, and there is no limit to what can be accomplished.

A strong work ethic is evident in all facets of American Heritage Schools. The high school has had the highest number of National Merit Scholars in Florida for 12 consecutive years, and the math competition team ranks first out of all private schools in the U.S. The Model UN team is top 5 in the nation, and the speech and debate team is in the top one percent in the nation.

American Heritage is also No. 1 in science and ranks among the top private STEM schools in Florida, according to Niche, a market leader in connecting colleges and schools with students and families.