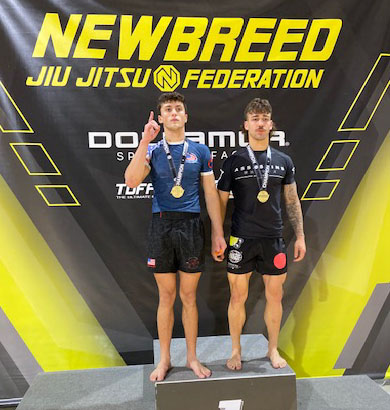 Two young Wellington athletes, Matthew Mauck and Kasey Montrois, traveled to Emerson, Georgia, recently to compete in the Newbreed Ju Jitsu tournament. Both brought home gold medals. Montrois, who trains out of the Combat Club in Lantana, scored heavily to win his first two matches by points, and then with two submissions, took the semi and championship matches with ease. Mauck, who trains with Gracie-Barra out of Knoxville, Tennessee, won all of his matches with submissions, never having a point scored against him.