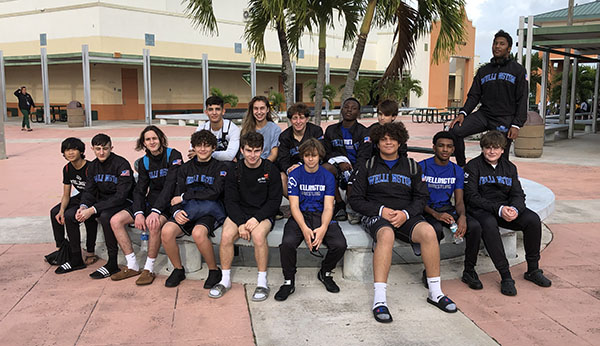 On Friday, Dec. 17, the Wellington High School varsity wrestlers competed at the Jupiter duals and finished 3-0 with a 67-12 win over Belen Jesuit, a 66-18 win over Fort Lauderdale and a 57-21 win over Lincoln Park Academy. The next day, the varsity, junior varsity and girls teams competed in the individual Jupiter event with many standout wrestlers. The next weekend, Wellington High School captured the District 12 Dual Team Championship over Olympic Heights High School 48-21. Both teams had previously won four consecutive district championships but were moved to the same district this year. Both teams move on to the regional dual event, which will be held on Feb. 13.