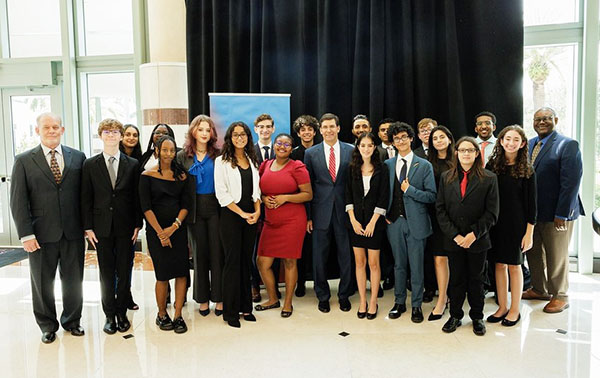 Members of the Palm Beach Central High School speech and debate team, led by coach Daryl Hall, recently traveled to the Kravis Center for the Performing Arts to dine with members of the Forum Club of the Palm Beaches and meet with former U.S. Secretary of Defense Mark Esper. In total, 18 members of the team attended to hear a detailed discussion of foreign affairs, President Donald Trump and the U.S. military. Two members of the team were tasked with asking the first two questions from the audience. The debate team members were joined by Principal Darren Edgecomb.