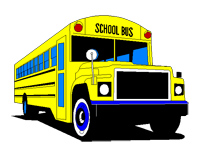 The Royal Palm Beach Village Council reluctantly granted the Palm Beach County School District approval last week to expand its bus parking in the Royal Palm Business Park off State Road 7 — although the school district had already done so by itself.

Michael Owens, representing the school district, said it had purchased the land in the early 1990s and received approval from the village for 70 buses. In the interim, a lot to the east had been purchased.

“We developed additional parking for buses and cars,” Owens said, explaining that it had not received approval by the village. “What this does is correct what has existed for the last 15 years.”

The school district eventually plans to move the bus parking to a site at Skees and Belvedere roads.

Councilwoman Martha Webster asked Community Development Director Rob Hill about code enforcement citations. “My understanding is that they have been in violation on this lot because they have more buses on there than parking spaces. They have been cited for it, is that true?” she asked.

Hill said the citations started in March 2010 when some complaints came in regarding the expanded site plan. “Since there was not anything approved at the time, a code enforcement action has been taking place and is still ongoing today,” Hill said.

Webster said that as of March there were almost $30,000 in fines against the site. “I just wanted to bring that to the attention of the council, that there are some other issues on this property,” she said.

Biggs said the code enforcement fines, which have not been paid, is a separate issue from the site plan modification. “We are looking at a site plan modification, and should that take place, then they will have approval for whatever is happening at that point,” he said. “Then how code enforcement is affected by that would have to be dealt with by the special magistrate.”

Biggs noted that as a governing body, a lien cannot be placed on school district property.

Vice Mayor Fred Pinto said part of the approval should be a condition that the school district pay the fines, but Biggs reiterated that they are separate issues. “If you let them bleed over into each other, it does create problems,” he said.

Biggs also pointed out that a 10-year agreement between the village and the school district had expired recently and a new one was being hammered out. “They are trying to work with us,” he said.

Webster noted that the village received a letter from the Royal Palm Business Park Lot Owners’ Association in May 2011 along with an engineering study that said the increase in the number of buses significantly increased wear on the road.

Gary Hedrick, secretary of the Royal Palm Business Park association, said that the road was not built to accommodate the bus traffic.

“Our problem is that we have a privately built road that was constructed during the mid-1980s when a lot of things were approved that should not have been,” Hedrick said, explaining that not enough asphalt was laid on the base. “As a result, the road has fallen apart. It’s not capable of handling this type of traffic.”

Hedrick said he’d been speaking to Village Manager Ray Liggins for the past eight years about the road’s condition and was trying to get the village to rebuild it. “He has indicated the village would accept it if we brought it up to the current specs,” Hedrick said.

Hedrick said the association has accumulated about $250,000 toward the road work, but Liggins estimated it would cost at least $1 million. Hedrick said that there is now so much traffic that they would be unable to close the road to pave it without first installing temporary lanes.

He described the school district as a poor neighbor, unwilling to help out with the road situation. Hedrick pointed out that the nursing home in the business park gives the association more money than the school district does “because they’re a good neighbor, and they know we need it,” he said.

Liggins said he did not know if the road was really built in an inferior manner as Hedrick claims, but that it is more than 23 years old and gets lots of use.

Julian Almeida, co-owner of Palms West Funeral Home, urged the council not to approve the modification, saying that the road cannot handle it and the buses choke up traffic. “It’s also a nuisance to other businesses,” said Almeida, whose business it at the intersection of Business Parkway and SR 7. “They line up and do not let anything else in or out.”

Liggins said he does have a letter of traffic concurrency from the county, and the road does meet standards to support the amendment. He said that the condition of the road is the association’s responsibility, not the village’s nor the school board’s. He added that each property owner in the association has the right to use the road and that the school district attorney had determined that it has the right to use the road in the manner they intend to.

“If they are wrong, then that would be an action between them and the property owners out there and not with the village,” Liggins said.

Councilman Richard Valuntas made a motion to approve the amendment, which carried 5-0, with Webster asking school board officials to meet with village staff to work on some type of agreement on the existing fines.