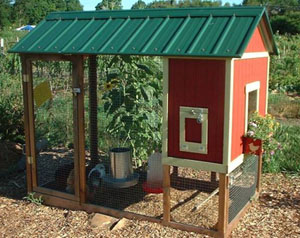 Palm Beach County planners will attend a joint meeting of the Acreage Landowners’ Association and Indian Trail Improvement District at 7 p.m. on Monday, July 9 at the district office to explain the benefits of a newly drafted livestock ordinance.

The ordinance, which will go before the Palm Beach County Commission sometime this summer, received criticism from several Acreage residents, as well as members of the ITID Board of Supervisors, after it went before the Land Development Regulation Advisory Board earlier this month. That board recommended postponing the ordinance by an 11-3 vote.

Palm Beach County Planning Director Rebecca Caldwell said the draft ordinance would provide protection to property owners in the rural and exurban tiers keeping livestock who would otherwise be subject to citations.

“Currently there are provisions for livestock only when it’s bona fide agricultural or for horses or hobby breeders now,” Caldwell told the Town-Crier on Wednesday. “Horses can be private stables, and that fits more or less what might be an accessory to a single-family home, but the other scenarios are very much an ill fit to what’s out there in the rural and exurban areas for private use of livestock.”

The new language would address having livestock on property where people live without bona fide agriculture being the principal use, Caldwell said.

The problems with the existing regulations arose when a Jupiter Farms woman was cited for keeping a rooster on her property.

In a letter to the ITID administrator dated June 21, Caldwell wrote that the existing regulations are overly strict and require a minimum acreage larger than the majority of parcels in the rural and exurban tiers.

“The new standards clearly state that the keeping of livestock is allowed on single-family parcels in the rural and exurban tiers,” Caldwell wrote. “The proposed standards establish protection of these rights, while recognizing the property’s principal use as residential.”

An exception to the new regulations would be in a planned unit development.

The new language also does not apply to bona fide agricultural uses, which are under a different and existing set of regulations. Keeping horses is also covered under separate and existing regulations.

The new language applies to properties in the rural and exurban tiers that would like to keep cows, pigs, goats, sheep and domesticated poultry for non-agricultural purposes.

The new regulations reduce the setback requirements for accessory structures such as cages, shelters, troughs and pens from 50 feet to 15 feet for non-conforming lots and 25 feet for conforming lots.

General retail sales from a home are prohibited under the current code, with a few exceptions such as a garage sale. The proposed text would allow up to six separate sales per year to be made from the residence.

The letter also stated that almost all code enforcement action that occurs currently is a result of a complaint by a neighbor. That would remain unchanged.

The letter continued that references in the original proposed language to the animal care and control ordinance were intended to clarify that the new zoning text was not adding anything on the subject of animal care.

“The ACC regulations already exist, but do not have requirements for livestock to be vaccinated, and certainly do not require them to be licensed,” Caldwell wrote. “Unfortunately, this wording was not well done and will be reworded.”