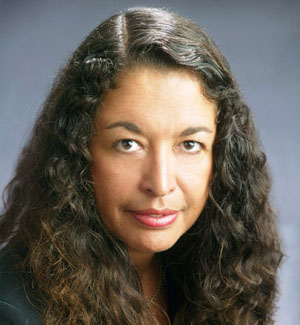 Bucher told the Town-Crier that she is best qualified for the job because of her experience with the office. “I understand how elections are run and how the interior office needs to operate,” she said. “I have an array of experience in the election process.”

Bucher, 53, was born in California and moved to Florida in 1985. She and her husband, Richard, live in Boynton Beach. Bucher started as a land planner for Palm Beach County before working on redevelopment projects.

For more than six years, she served as legislative aide to State Rep. Ed Healey. Upon Healey’s death, Bucher won a special election and took his seat in the Florida House of Representatives in 2000.

Spending eight years in Tallahassee, she served on several committees, including the Ethics and Election Commission. “I was able to participate in the rewrite of Florida’s election laws,” she said. “I clearly understand election laws, probably more than most attorneys.”

In 2008, Bucher ran for the Supervisor of Elections post, defeating incumbent Dr. Arthur Anderson and now-Wellington Mayor Bob Margolis in a three-way contest. Since taking office, she has run more than 220 races and 37 ballot questions over 24 election days.

During her time as supervisor of elections, Bucher said that she has worked hard to improve the office, both professionally and physically. “When I got there, there were no operating procedures in writing,” she said. “Meanwhile, the warehouse had fire sprinklers that leaked.”

In addition to creating operating procedures, Bucher also secured a 76,000-square-foot warehouse for all the office’s records. “The first order of business was to go out and get a private warehouse,” she said. “We did it ourselves in four and a half months. We now have a warehouse that doesn’t leak water.”

Bucher said another priority has been to review every single contract her office has, resulting in savings to taxpayers.

“We have been extremely successful in returning and saving about $10.5 million in three and a half years,” she said. “That’s about a third of the budget we’ve been allocated. The way we did that was to go through every single contract and renegotiate with everyone.”

Bucher also pointed out that her office was able to get its money back from the state for staging several special elections.
Another improvement Bucher made has been to the allocation and training of poll workers. Now, she said, workers must pass a test.

“It used to be cookie-cutter,” she said. “Now we allocate them based on voter turnout. We’ve also updated their training. We have been able to monitor what the common issues are [on election days] and… we rewrote the training manual. We have seen a reduction in errors.”

If re-elected, Bucher said that her top goal would be to fix the way the state tests its voting equipment. “I would want to provide for a more streamlined activity and establish a good practices manual,” she said.

Bucher noted that control over testing the equipment is solely in the hands of the state. “Once we get the equipment, it has been tested and certified by the state,” she said. “You’re not authorized to make any changes whatsoever, even to broken software.”

It was software error that led to the mismatched vote tallies in the recent Wellington municipal election, Bucher asserted. “We’ve been using the software since 2007,” she said. “The election went off just fine. But when we conducted Wellington’s [post-election audit], they did not match the tallies we had on election night.”

Bucher explained that only representatives of the software company have authority to check the code, and a software engineer who was in the warehouse at the time recognized the problem. “The engineer said, ‘We have seen this before,’” Bucher recalled.

Bucher explained that when the system was edited to include ballot titles, the software flipped the sequence of the races. But because industry standards for testing the machines included plugging in the exact same numbers for each election, the error was not caught.

“We have revamped our procedures,” she said. “We were using industry standard, but what we discovered was that it needed to be enhanced.”

Bucher noted that the high-speed counters later tallied the votes correctly, prior to the hand recount ordered by a judge.

Asked whether she was comfortable with the current voting system, Bucher said she still has concerns about the voter tally issue and other software problems. “We are upgrading to the new software,” she said. “They said ‘the shortcoming has been addressed in subsequent versions.’ But no, it hasn’t.”

Bucher said that a recent national product advisory notice alerts users that the same error may occur with the new software when ballot titles are put in — something that is mandatory for all elections.

“It says, ‘The contest order on the ballots… can become out of synch,’” she said. “We read the whole manual, and there was no discussion of this.”

Bucher added that her office has found several issues with the software that have not been addressed by the company or the state. “We now do a lot of testing before we let anything out the door,” she said. “I have yet to have any kind of information from the state or from the vendor.”

But, Bucher noted, she does not have the ability to shop around for a better program, with only two available for use in the state.

“The law says that counties don’t have the ability to purchase equipment or software not tested by the state,” she said. “That tells me there is a problem, not here, but in Tallahassee.”

Though she acknowledged that her predecessors have been voted out of office for similar issues, Bucher said she is different.

“I have provided voters with some answers,” she said. “I know exactly what happened, and I know what policies and procedures to put in place to check for it.”
Bucher said that with Palm Beach County making the front page regularly for its election issues, she knew it would be a hard job.

“When I took this job, I knew it was going to be hard,” she said. “I took the position because I thought it would be a great challenge. I believe I have the skill and attention to detail to be able to get it fixed.”