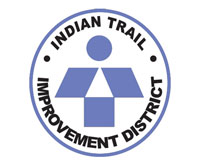 The Indian Trail Improvement District Board of Supervisors approved a fuel spill policy Wednesday that was developed by staff at their direction after a recent oil spill prompted a scare in The Acreage.

On April 25, a piece of equipment turned over on an Acreage property, allowing about 25 gallons of fuel to leak into a swale.

Residents, almost all of whom use wells for potable water, raised concerns about the lack of a policy, due to the possibility of wellfield contamination.

ITID Attorney Charlie Schoech said the company that owned the equipment was slow in cleaning up the spill, although state statutes place the responsibility on the owner to report the spill promptly.

ITID Administrator Tanya Quickel said the policy had been reviewed by legal staff as well as the county’s Department of Environmental Resources Management. “Staff has undergone training, and spill kits have been ordered and are in place,” Quickel said.

ITID Vice President Carol Jacobs said she was surprised that the district did not already have a fuel-spill policy in place. “I can’t believe with the fuel tanks that we have that we haven’t had a policy,” she said, pointing out that she was aware of one large fuel tank right by a canal.

Often it takes an incident such as the April fuel spill to make people aware that they need a policy, ITID President Michelle Damone said.

“In the past, Palm Beach County always handled it whenever we had fuel spills,” she said, although this one was on a district road. “We obviously feel more responsible in making sure that those things are handled, no differently than if it were a county road.”

Damone pointed out that the district’s policy is stricter than what the county requires. “I think that shows that we are being responsible,” she said.

Supervisor Carlos Enriquez said they were fortunate that the spill happened in a district easement and ITID employees who saw it had the insight to report it. “If they hadn’t, we would never have known there was a fuel spill there,” he said. “The stuff would have been in the water.”

Damone said the policy would correct deficiencies that existed before. “It’s exactly what the public has asked for,” she said. “It’s what the board has asked for, it’s what the Acreage Landowners’ Association has supported, and I think it’s a good policy.”

Supervisor Jennifer Hager was glad to see that the policy allows for immediate cleanup, after the recent fuel spill sat in the ground for a month when the equipment owner did not act promptly.

Resident Patricia Curry was concerned that supervisors were not notified when the spill happened but said she thought the policy was acceptable. “I think it’s fairly good,” Curry said. “I still would like to see some things in it. Number one, it only deals with petroleum products.”

Curry explained that it should be broadened to include chemical spills.

“We can’t wait 30 days,” she said. “We can’t wait 24 hours, and despite what state law says, that cleanup needs to start immediately. If it’s dumped in a swale, it’s going out into all the canals. If there’s no water, it’s going down into the ground.”

“At least going forward, you have the beginnings of a good policy,” Erickson said, adding that he was also concerned about reporting. “You all run the district. You have hired a manager to manage it. For the five of you to be uninformed on this is just absurd to me.”

Resident Diana Demarest said she agreed that the policy should be broader to include more than petroleum products. She also pointed out that Palm Beach County Fire-Rescue has a hazardous materials unit.

“We have five cars a day fall into the water in Palm Beach County, and we deal with it every day,” she said, adding that she was also concerned about transparency. “The fact that you guys didn’t know about this really, really bothers me… I understand that you have a staff running the district, but I think there’s a fine line here between interference with somebody running day-to-day operations versus you being in the loop on everything that’s going on out here.”

Supervisor Ralph Bair made a motion to approve the fuel-spill policy, as well as a motion to expand the policy to include other hazardous materials. They both carried 5-0.