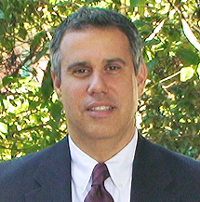 Dr. Peter Barbatis, who has been a community college administrator for 20 years in Florida, Texas, California and New York, has joined Palm Beach State College as the new vice president of student services and enrollment management.

Barbatis, 47, comes to Palm Beach State from Bronx Community College, where he had served as vice president for student development/enrollment management since 2010.

A New York native who grew up in Orlando, Barbatis was selected after a nationwide search that drew more than 200 applications. He replaces Dr. Patti Anderson, who is retiring.

Barbatis was a freshly minted graduate of the University of Florida with a bachelor’s degree in history, a master’s degree in counselor education and a four-month counseling internship at Santa Fe Community College under his belt, when he landed a job in 1991 as the director of counseling at then Central Florida Community College. He worked in that role for four years and taught developmental math courses as an adjunct instructor before leaving to become dean of student development at Kingwood College in Texas.

After two years in Texas, Barbatis moved back to Florida to serve as dean of Broward Community College’s North Campus in Coconut Creek, where he worked for 12 years. He enrolled in Florida International University to pursue his doctorate in higher education administration, which he completed in 2008. Barbatis then took a job in 2009 as vice president of student services at Cañada College in Redwood City, Calif. However, faced with the state’s economic challenges that forced him to cut the counseling budget by 65 percent, he stayed there just six months before being recruited by Bronx Community College.

“Having worked in Texas, California and New York, the reality is we have a very good system in Florida,” Barbatis said. “The Florida College System is very progressive.”

Palm Beach State President Dennis Gallon said Barbatis will be an asset to the college.

“Dr. Barbatis has extensive education and senior level experience in student services and enrollment management,” Gallon said. “These qualities, combined with his keen interest in student success, should serve him well as he assumes the duties as vice president of student services at Palm Beach State.”