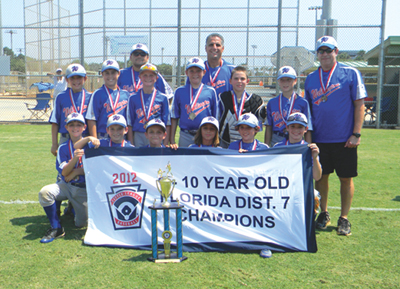 Wellington Recreation Little League recently made some history. With its showing in the Palm Beach County Little League Tournament, otherwise known as the 2012 Spring District Invitational, Wellington baseball cemented its place as one of the county’s best programs by winning championships in three age divisions.