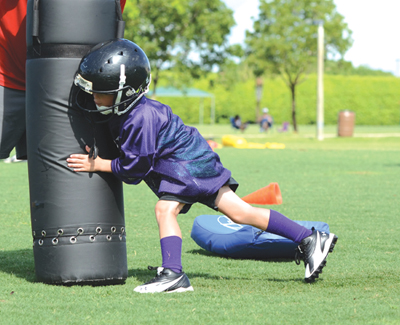 This season the Ultimate Division will have a total of six teams: the Dolphins, Ravens, Giants, Colts, Steelers and Patriots. All games will be played at Village Park. The WCFL is scheduled to host its jamboree on Friday, Aug. 17. The first regular season game is set for Saturday, Sept. 1.

Each division plays a 10-game regular season with a post-season playoff as well.

Coach John Butler of the Ultimate Ravens noted that each team has between 16 and 18 kids on their roster.

Butler also told the Town-Crier that the teams practice in the morning from about 8 to 11 a.m. to prepare them for game conditions. The Ultimate Division is typically scheduled to play during this time.

For more information on the upcoming season, teams and divisions, visit www.wcflfootballcheer.com.