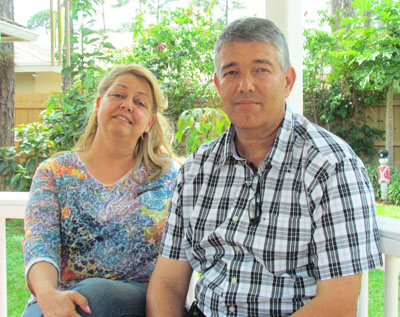 The board voted 4-0 at its meeting Wednesday night to increase the number of residents allowed at the facility on Lily Court from 14 to 21.

Earlier this year, members of the Wellington Village Council approved a zoning text amendment to allow for a new designation of senior housing to allow for the additional residents.

“Those amendments were village-wide,” Planning & Zoning Manager David Flinchum explained. “But they were based on this particular facility and operator. This will be the first of its type in the State of Florida. The first step was to get the provision in the code. This is site-specific.”

The new designation would allow Wellington Elder Care, specifically, to expand under the changed code, Flinchum explained. He noted that there are perhaps eight other sites in the village that could meet the criteria for a similar facility. “It gives a great opportunity for reinvestment,” he said.

Board Member Paul Adams said he had concerns about breaking new ground. “This is the first in the state,” he said. “What if there are unintended consequences?”

But Board Member Elizabeth Mariaca said that during hearings for the zoning amendment, Wellington Elder Care more than proved it was well-received by the community. “They have a constant waiting list of people wanting to get into their facility,” she said.

Flinchum agreed. “It was amazing during hearings how much support they had from residents and their families,” he said.

Mariaca also pointed out that neighbors came in to support the measure.

Adams asked about the care of residents, including laundry and nursing care.

Wellington Elder Care owner Ricardo Gutierrez noted that the facility has several laundry units because it was once a multifamily unit. He added that residents have 24-hour care. “There is a certified nurse assistant on staff at all times,” he said.

Kim Glas-Castro, agent for the applicant, explained that the facility is not a nursing home. “Each resident is capable of independent living with some assistance,” she said.

Jan Puljanowski, a resident of Royal Palm Beach who owns a neighboring unit, said that the facility has caused his residents parking woes.

“They have 14 people and they want to go to 21,” he said. “The people who come to visit their relatives have no place to park. They are parking in my parking lot. For me to rent to someone is very hard. They say: ‘I don’t want to live in this chaos. I want to come home and find my parking place available to me.’”

Puljanowski also said that there have been instances of 18-wheeler trucks coming in to deliver to the facility.

Flinchum said that the facility is required to have only seven parking spaces based on its number of staff but offers eight spots.

Additionally, he noted that residents of Wellington Elder Care aren’t allowed to have personal vehicles and that the facility regulates visitors.

“Residents cannot have personal vehicles,” he said. “That was put in the code specifically to prevent parking issues in these areas. They also regulate visitors. Of course, you have peak days like Mother’s Day where there is a high demand. But the facility meets code entirely on the parking spaces it already has.”

Flinchum said the village hadn’t received any complaints, which prompted a confrontation.

But Puljanowski said he had brought up his concerns at the original hearings. “Are you calling me a liar?” he asked.

Flinchum said he was not.

Glas-Castro explained that the facility has had 18-wheelers visit on only two occasions, which was to have a storage shed delivered. “Parking has always been restricted,” she said. “There are no personal vehicles, and we encourage staff to carpool.”

Wellington Planner Damian Newell told board members that there are fewer cars than if the facility were still multifamily units.

“There are four units, each with three bedrooms,” he said. “If it was operating as a multifamily unit and each person drove a vehicle, you’d have three cars per unit parking. That’s consistent with most duplexes in this area.”

But Adams and Board Member Marcia Radosevich were concerned that they might be setting a bad precedent for other units.

Gutierrez said that the issue could be solved with enforcement, noting that there is a visitor schedule. “Enforce what we are saying,” he said. “If the schedule is followed, you won’t see these problems.”

Radosevich said that parking problems are present in most multifamily housing communities. She didn’t want to punish what she felt was a good thing for the community. “It’s difficult just to know where to park when you’re visiting,” she said. “This is not unique to just this situation. I think to not allow it for what could happen would also be wrong. I feel this is a good thing for the community.”

Radosevich asked what would happen if there were complaints, and Flinchum said that because it’s a conditional use, the permission could be removed.

Adams made a motion to approve the item, which passed 4-0. Board Chair Craig Bachove and Board Member Carol Coleman were absent, while Board Vice Chair Tim Shields recused himself from the vote.