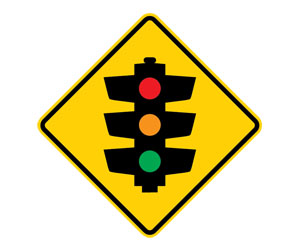 Members of the Wellington Village Council voted Tuesday to allow a 2,400-square-foot expansion of medical office space at the Palomino Executive Park on State Road 7.

But questions still remain about whether a light at the intersection of Palomino Drive and SR 7 is necessary and, if so, who should pay for it.

Discussion of the issue has gone on for months. Decisions were postponed in favor of negotiating with the Palomino Executive Park Property Owners’ Association, along with surrounding property owners Wellington Parc and Wellington Charter School, on how to pay for the light, estimated at approximately $400,000.

“The majority of discussion has been about the proposed signal,” Planning & Zoning Manager David Flinchum told council members.

According to the staff report, a traffic signal was requested by the Palm Beach County Traffic Division, but the condition of approval mandating the light had expired. The county has since asked that Wellington reinstate the condition before any further development is done in the area.

Donaldson Hearing, representing applicant International Real Estate Acquisitions LLC, said that the owners of the medical building in question are willing to pay a fair portion of the light’s cost. “His portion is about 11 percent of that which would have been assessed to Palomino Park,” he said. “It’s a significant amount of money, and he’s willing to pay that.”

Hearing added, however, that the association was not willing to cover the remainder of the portion required by Palomino Park. “I only have the ability to agree on behalf of [owner Dr. Ravi Patel] relative to his expansion,” Hearing said. “Dr. Patel is willing to pay up to his fair share. Obviously, a 2,400-foot expansion could not take on the burden of the entire $100,000 or more impact that is there.”

Hearing asked that council members revise a condition requiring the payment of the entire portion of the traffic light for Palomino Park and instead allow Patel to pay his part of that shared cost.

Vice Mayor Howard Coates was concerned because he thought Patel had voted against paying for the light on behalf of the POA.

But Hearing said that Patel was representing the entire POA, which had voted against him.

“Dr. Patel is strongly in favor of this traffic light,” he said. “He represents the entire POA. Because the other members were not in support of the traffic light, at that particular meeting he voted no. He was representing the constituents of all of Palomino Park as a board member, not as an individual.”

Attorney Chuck Edgar, representing the POA, said that the county had two years to make the determination whether a traffic signal was required at the intersection but let the time lapse without a decision.

“As it currently stands, there is no requirement that the Palomino Park POA contribute anything toward the traffic signal,” he said. “That is the status quo today. There is no obligation.”

Edgar noted that the Versailles community would also benefit from a light. “They have an association,” he said. “Are they being asked to contribute? No. They are not.”

Edgar asked that the council look at the application on its own merit.

“Once you start trying to impose financial obligations on neighbors, you’re legislating,” he said. “That’s not what this is about. We’re not here to talk about whether the light is needed. That’s not the issue. The issue is whether a 2,400-square-foot expansion justifies a traffic signal.”

But Councilman Matt Willhite said he thought the expansion did merit a traffic light.

Though council members wanted to see whether continued negotiations could bring all parties to an agreement, Village Manager Paul Schofield recommended that members accept the applicant’s offer of about $11,000 to finance the light, noting that other entities were on board to pay.

“Wellington Parc has a condition of approval that they will fund 20 percent [of the light’s cost],” he said. “You have the Wellington Charter School, which has a contribution requirement.”

Schofield suggested that the council consider amending the conditions and directing staff to do the necessary design work, which would trigger the payments from Wellington Parc and Wellington Charter School. “Then, staff could begin assessments for the balance of it, which is about $84,000,” he said.

Schofield said that the assessments would be on Palomino Executive Park. He cautioned, however, that Wellington Parc had not yet approved its contribution and that it might decide not to help finance the light.

Palm Beach County and the village are also slated to contribute to the total.

Councilwoman Anne Gerwig asked whether changing the condition of this application would alter the underlying condition for Palomino Park to pay its share.

Flinchum said that originally Palomino Park was supposed to pay the entire cost of the signal.

“The conditions have changed since then,” he said. “The point of the condition is so that each property owner shares in the cost because they share in the benefits.”

Willhite made a motion to amend the conditions of approval to accept Patel’s offer, and council members voted unanimously to pass the measure.

In other business, council members unanimously granted preliminary approval to two measures that would allow for the Wellington Charter School to open on the east side of SR 7, south of Stribling Way.

Though council members approved the school, applicants will have to seek a conditional use approval for a proposed daycare facility on the site.

John Schmidt, a representative for the school, said that the applicants agreed to all the proposed conditions for the proposed K-8, 1,200-student school.

Willhite asked whether that included payment for the traffic signal, and Schofield said it did. “It’s $171,000, and they’ve agreed to pay it,” he said.

Council members voted unanimously to approve the measures. The item will return for final approval in November.