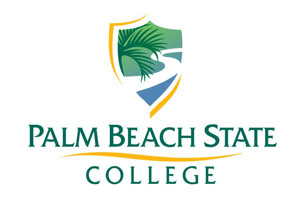 The Loxahatchee Groves Town Council reaffirmed its support Tuesday for the planned Palm Beach State College campus on Southern Blvd. despite a petition being circulated in the community that seeks to overturn the council’s vote to approve the campus earlier this year.

The meeting was attended by PBSC President Dr. Dennis Gallon and a number of college officials. After reaffirming support, council members discussed the petition drive and directed town staff to examine the legal ramifications should the petition drive be successful.

Should the petition garner the necessary valid signatures, a referendum could be called to possibly overturn the campus approval.

In August, the council approved land use changes and a resolution that would allow the college to move forward with its plans for a fifth campus. The vote followed more than a year of public hearings. Since then, the college has completed its purchase of the land, known as the Simon property.

Town Manager Mark Kutney said that on Nov. 7, the town clerk received an affidavit to commence a petition, notifying the town that the required 10-person committee needed to begin collecting the petition signatures had been formed.

“We contacted the town attorney to see that we were proceeding properly and meeting all the requirements under the charter,” Kutney said.

Kutney also pointed out that afterward, the town received a visit from one of the committee members, Amanda J. Guerry, who presented a notarized affidavit asking that her name be removed from the committee list, and further indicating that she did not wish to have the council’s decision reversed.

Town Attorney Michael Cirullo said the town charter does provide for an initiative proceeding to request that the council either adopt or rescind an ordinance.

“In this particular case, the committee had requested the rescission of two ordinances, which approved amendments to the town’s comprehensive plan,” Cirullo said. “There is a statute that prohibits referendums for the approval of comp plan amendments, and because of that statute, it does give me cause to believe this is a referendum that is appropriate, notwithstanding the town charter.”

Cirullo added that the final decision would be left to a judge, if the committee were to be able to reconstitute itself with the necessary 10 members. “If they want to pursue this, they have to get their committee back to full strength,” he said. “If they do that, they have 60 days to get the signatures.”

Vice Mayor Jim Rockett asked that Cirullo prepare a resolution for the council’s next meeting that restates the council’s position.

Jarriel said that he will not support the petition. “I am glad this young lady came off the committee. Apparently she found out that there is a little bit more to it than just rescinding two ordinances,” he said. “One thing that bothers me about people coming up with petitions like this is that they do not make people who sign these petitions aware of everything involved.”

For example, Jarriel said, if the referendum passes, the town could be forced to buy the property from the college, since they purchased it based on the council’s approval. “That’s only $4.5 million,” he said, “excluding legal fees and whatever else they want to add onto the bill.”

Jarriel added that there might also be a cause of action from the owner of the adjacent 21 acres of commercial property, which is being developed based on the presence of the college next door.

Rockett said when the council adopted the ordinance, it gave its word to support the college. “It’s not just a political statement,” he said. “That is our word. We had five council members up here.”

Resident Todd McLendon, one of the people circulating the petition, did not attend the meeting, but asked that a letter be read stating his point of view.

“As a member of the committee, I want to explain why I have chosen to help the voters of Loxahatchee Groves voice their opinion,” he wrote. “I am not specifically concerned as to the college being in the town. I am concerned as to what the college will attract.”

McLendon asserted that because of the college, current and future council members will be pressured to allow commercial development and urban development inconsistent with the rural nature of the town.

“As a resident, I would prefer that the town preserve its rural character and lifestyle,” he wrote. “The college does not help preserve this town. It does the complete opposite.”