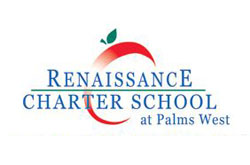 The second attempt looks like a “go” for the Renaissance Charter School at Palms West.

Last year, Renaissance ran first into zoning issues, then into lease issues, in an attempt to convert the shuttered Albertsons building at the corner of Southern and Crestwood boulevards into a charter school serving students in kindergarten through grade 8.

While the zoning issues were resolved, the lease issues stopped the school from being able to get started in time to open last August. However, school officials told the Town-Crier this week that the lease issues have been resolved and the project is a go for this year.

In January, parents who had applied last year to enroll their children received a letter from the school indicating that organizers intend to open in August 2013. The initial enrollment deadline is March 15, although names will be accepted after that.

“The significant difference is last year we were unable to finalize lease and purchase terms between the property owner and Albertsons, who still has the property leased, even though they’re not operating there,” said Scott Woodrey of Red Apple Development, which provides school development and facilities management services for charter schools.

That glitch has now been resolved, Woodrey said.

“We have a lease in place, a sublease from Albertsons, and we also have an underlying purchase and sale agreement with a purchase option that we will exercise at some point in the future,” he said. “We’re in for the long term. We haven’t purchased the property yet, but we’ve tied it up.”

Work has not actually begun on the conversion, although Woodrey does not expect that to be a problem. “We’re still in for a permit and a couple of updating of approvals because the time frame has elapsed since we were approved last year,” he said. “There are some things that they wanted to relook at, but we don’t expect any problems… We should be building sometime in the next 45 days.”

Woodrey pointed out that last year’s build-out of the Renaissance Charter School at West Palm Beach was completed in 60 days.

“This one’s a little larger, but in general it won’t take substantially longer,” he said. “We can do it as fast as we need to do it. It’s just a matter of people putting forth effort and putting in the hours.”

Traffic concerns raised last year have all been worked through with Royal Palm Beach, Woodrey said, adding that all the other tenants in the shopping center look forward to the school being there. “Wendy’s, Walgreens, Subway — they all can’t wait for us to get there,” he said.

The actual construction work is done by a development partner. The 61,566-square-foot facility will be state-of-the-art, wired with the latest technology and equipped with modern security systems, according to Renaissance Charter School representative Colleen Reynolds.

The school will be K-6 initially with 661 students and add grades 7 and 8 in subsequent years, maxing out at 1,145 students.

Hiring is slated to begin soon. “Pretty soon, we will be recruiting interested candidates and taking applications,” Reynolds said. “We’re still in the very early process for that.”

Students who are enrolled by March 15 have an even chance with others for a seat. “Whoever is in by that date will have equal opportunity to sit in those seats,” Reynolds said.

If there are more applications for a certain grade than there are available seats, students will be accepted by lottery.

“Kids can still apply after that date, but they go at the end of the list,” she said.

Charter Schools USA, which will manage the facility, is unique because it has a teaching plan geared to the individual needs of each student, Reynolds said.

“Each child has a personal learning plan that identifies each student’s strengths and weaknesses, so if it is a strength we can build on, we will do that, and we will also build up on a weakness,” she said. “We challenge the students to their ability. We try and make them push a little bit harder than they normally would.”

The curriculum for Charter Schools USA is approved by the Southern Association of Colleges and Schools.