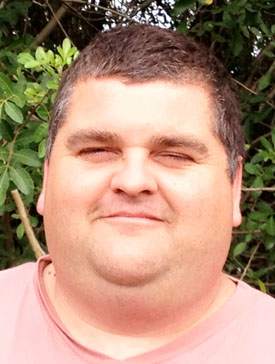 The race for Seat 2 on the Loxahatchee Groves Town Council will pit community activist Todd McLendon against Vice Mayor Jim Rockett, who is seeking a second three-year term.

The election qualifying period ended Tuesday, and since both available seats are contested, a town election will be held Tuesday, March 12.

Also on the ballot, L.W. Lucas has qualified to run for Seat 4 against Mayor Dave Browning, who has served on the council since the town’s incorporation.

McLendon, 38, has lived in Loxahatchee Groves since 2006 with his wife and two children. He is known in the community for his vocal opposition to the town’s speed hump policy and more recently his leadership in a petition drive aimed at overturning last year’s approval of a Palm Beach State College campus on Southern Blvd.

McLendon told the Town-Crier that he is concerned about the direction Loxahatchee Groves is heading, with too much commercialization and too much government.

“We have totally changed the direction of where we are supposed to be developing commercial property from the comprehensive plan,” he said. “The comp plan is what the citizens put together years ago as to where they wanted the town to go. We were only supposed to develop from C Road east on Southern Blvd. We have now developed 200 acres outside of that for commercial use.”

McLendon asserted that the Simon property, where Palm Beach State College is planning to build a new campus, was to remain residential. “Our comp plan said that was not supposed to happen,” he said. “Only from C Road heading east were we supposed to allow commercial property. We’ve not only gone west too far, we’ve gone north too far.”

McLendon is part of a committee petitioning to repeal a council ordinance allowing the campus on the Simon property. “The college is the head of the problem,” he said. “It’s not the whole body of the problem. The problem with the college is it’s going to fuel the need for more commercial development.”

Without the campus, he does not believe Southern Blvd. is ripe for commercial development. “The college is going to be the fertilizer for that development,” he said. “You bring 12,000 people down Southern and B Road, and that’s going to create a need.”

He said the direction is taking Loxahatchee Groves away from its rural community roots. “You won’t be able to differentiate it from West Palm Beach,” McLendon said. “The college, unfortunately, is in a precarious situation where they’re kind of an innocent bystander coming into this.”

Along with the college comes the developer-funded paving of B Road, which McLendon said will further increase traffic.

McLendon lives on D Road, where residents paid for paving. He anticipates that traffic will skyrocket when the college opens. “That’s not fair to me when I’m personally responsible for maintaining that,” he said.

He is also concerned about the size of the town’s government. “It’s probably three times the size of when we started,” McLendon said. “I go to some of these meetings, and there’s more paid people than community residents. That is not ‘government lite.’”

He noted a recent attorney general’s opinion that said the town does not have the power to enforce some rules, including setbacks, the council has imposed on area farms. “They shouldn’t have been doing this for quite some time,” he said. “Not only did it impact a lot of residents and farmers here in the town with burdensome restrictions, it also cost us a lot of money in code enforcement to pursue these matters. That’s a clear indication of the government being the problem right now, not the solution.”

McLendon said he has an issue with Rockett because of how he directs comments to the public in meetings. “He makes comments that we are the audience, rather than the people he is supposed to be representing. An audience is people who just sit there and don’t interact,” he said.

Rockett said he believes that McLendon’s point of reference is just about opposing the college. “He has made the claim on more than one occasion that we did not allow the community input on the college,” Rockett said, noting that the community discussed different ideas regarding the Simon property for years before the college campus was approved.

He noted that multiple workshops are required for any land-use amendment. “We would not begin the process without having a forum for the people to provide input,” Rockett said. “We went through a number of sessions specifically on the Simon property, with examples of what they would like to do, and a lot of workshops.”

Rockett said that what the college brought forward was essentially a product of those public workshops, which were advertised and reported in the media. “The whole structure is centered around getting input from people, and they played a very big role in molding what we did,” he said.