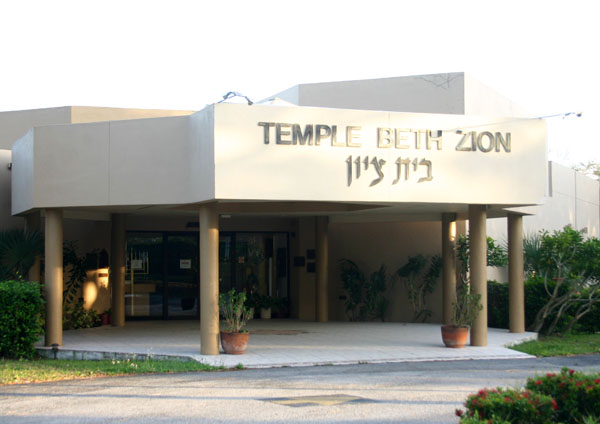 The Royal Palm Beach Village Council last week reversed its previous position and decided not to get appraisals and consider purchasing the former Temple Beth Zion site on Royal Palm Beach Blvd. after the cost of appraisal estimates came back higher than anticipated.

The temple offered to sell the site to the village after it announced that it was closing and merging with Temple Beth El in West Palm Beach.

Village Manager Ray Liggins had told council members at a previous meeting that the $1,500 estimate for an appraisal of the property was based on the cost of previous appraisals.

Council members were divided 3-2 in their March 7 decision to go ahead with an appraisal, unsure whether they wanted to spend an estimated $1.5 million to $2 million for additional parking at Veterans Park, whose larger functions are being shifted to the recently opened Commons Park.

Mayor Matty Mattioli said he still favored going ahead with an appraisal. “My position is that whether we use it for a parking lot or use it for storage or whatever, it’s a piece of property between our village office and Veterans Park,” Mattioli said. “It has 30 building units permitted if someone else buys it. It will create a nightmare between animals, kids, cars, trash, and I don’t think we want a housing unit between two of our village-owned properties.”

Councilman Richard Valuntas, who had opposed the appraisal originally along with Councilman Fred Pinto, said he was still opposed. “To me, that is a lot of money to pay for that property,” Valuntas said.

“I see a lot of activity shifting to Commons Park,” Swift said. “It’s just a really hard time to make that decision because we don’t know exactly what’s going to happen at Veterans Park. I have a hard time with $1.5 million for a parking lot. If there was another village use, that would be a different issue.”

Vice Mayor Jeff Hmara said he had changed his mind after talking to residents and was leaning away from the purchase.

“I would say that Veterans Park is absolutely the perfect location for any kind of special events that deal with, acknowledge or recognize our service members, but I’m not so sure it demands the creation of a much larger parking lot,” he said.

In other business, the council authorized Liggins to negotiate a reimbursement agreement with the Saratoga developments for the relocation of an irrigation system as a portion of the village’s walkway improvement project along Crestwood Blvd. from Saratoga Blvd. to Royal Palm Beach Blvd. in an amount to be determined.

The money would come from the village’s capital improvement fund reserves.

Village Engineer Chris Marsh said that the project, which will include curbing, guttering and widening the existing 4-foot walkways to 8 feet, will encroach on the irrigation system, which is owned and maintained by Saratoga, although it is located legally in village right-of-way.

Marsh said the village construction project is driven by grants totaling $500,000 that carry a deadline. He said that Saratoga was notified in November 2009 of the probability of the project and potential of irrigation conflicts.

In May 2012, the village provided the community with notification of the pending construction and notified them again in March that the irrigation system would have to be modified. No specific cost had been set for the irrigation project.

Marsh said that an irrigation contract needs to be in place by May.

Valuntas, who opposed using village money to move the irrigation system, even though the HOA had agreed to repay the cost, said he did not want to put the village in that position of risk, and Hmara agreed.

Village Attorney Brad Biggs said the HOA had raised some of the money in 2012 and was in the process of raising the balance through 2014.

Swift said he had talked to the homeowners, and they were very interested in doing the project in time to qualify for the grant, but said that, in order to meet the deadlines, they would have to increase HOA assessments.

Swift made a motion for the manager to draft an agreement with Saratoga to move the irrigation system, taking into account all the council members’ comments to reduce risk to the village. The motion carried 3-2, with Valuntas and Hmara opposed.

ABOVE: The Temple Beth Zion building.