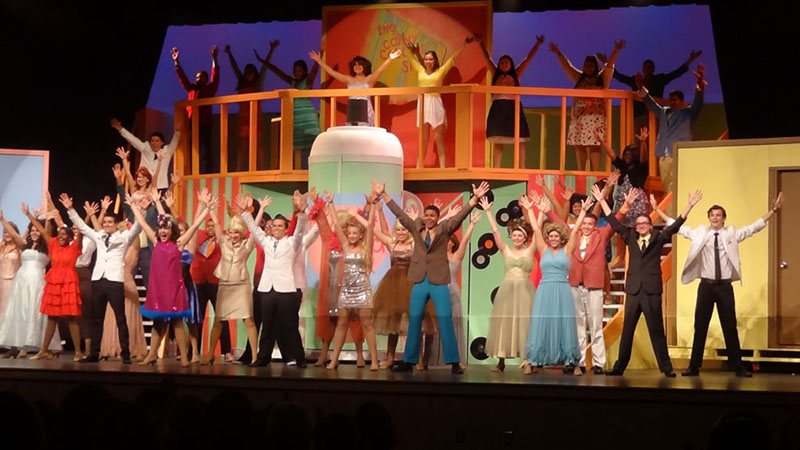 Palm Beach Central High School’s Bronco Players brought their ninth season to a close with a production of Hairspray staged May 2-4. The cast did a great job setting the tone for the popular musical. Songs include 1960s-style dance music and downtown rhythm and blues. In 1962 Baltimore, plump teenager Tracy Turnblad’s dream is to dance on The Corny Collins Show, a local TV dance program. Tracy wins a role on the show and becomes an overnight celebrity. She then launches a campaign to integrate the show. The production was directed by Gail K. Marshall in cooperation with Larry Greenberg, Music Director Chris Douglas, Choreographer Shenise Nunez and Music Rehearsal Director Scott Houchins.

SEE VIDEO FROM THIS EVENT HERE