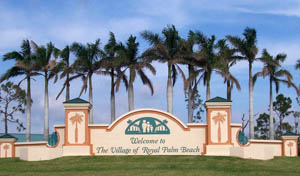 Ronald Blicksilver of Van Gogh Way said the weeds in canals were particularly troublesome considering that the village was scheduling several fishing and boating events for the Fourth of July celebration on Thursday.

He pointed out that the aquatic weed control contractor had applied herbicide that killed the weeds but that the dying plants floated to the surface, making the canals impassable before they are harvested by the contractor.

“The canals look like death warmed over,” Blicksilver said. “Can we please pick some other time of the year when you have less than 48 hours for that fishing contest? It’s almost impossible to get boats down most of the canals. If there’s anything that can be done to expedite it or plan it differently so that it doesn’t happen this time of the year, it would be greatly appreciated.”

Blicksilver added that the odor of the chemicals put in the canal to kill the weeds and grass is overwhelming.

“There is a lot of growth, and it’s a mess,” Liggins said. “Unfortunately, the way the canals are, how small they are and how shallow they are, the lack of depth, we have some enormous growth, and with this warm weather, it does get that way.”

Liggins said the contractor has been doing aggressive spraying over the past month to stay ahead of the growth. “We’re to the point that we’re taking sections of a canal and killing all the growth in the canal, but we just can’t keep up with the growth,” he said.

The dying plants do float to the surface and find their way down to the M-1 Canal, he added.

“It isn’t pretty. That’s why we put $125,000 in our budget to do a full three-dimensional survey of our canals and identify the worst areas with the highest growth,” Liggins said. “Once we get that study of the canals, we’re going to come up with a plan to find what would be the best way to keep the growth to a minimum without spraying so badly that we’re telling people they can’t irrigate for weeks at a time.”

Liggins said the present condition is not what staff desires. “The canals are more than just stormwater collection areas,” he said. “That is what they were designed for, but they are amenities, and for them to be an amenity, to be an asset to our community, they can’t be as you just described them.”

The long-range plan, he said, is to find a way to break the cycle of summer canal weeds. “These months where we go through this pain and suffering isn’t pleasant for the residents who live on these canals,” Liggins said. “It isn’t pleasant for us to try to deal with these canals. Unfortunately, the solution is more long-term than immediate.”

Public Works Director Paul Webster said he has met with the contractor to correct operational problems and discuss strategies to correct the current issue.

Councilman David Swift said the canal running along Sparrow Drive is the perimeter access from the village boat ramp to all the other canals.

“You’ve got three things going on there,” Swift said. “The depth is very shallow, plant growth is very rapid because light gets to the bottom, and all the boats go through there and cut the weeds, and they all float to the top there.”

Blicksilver asked whether something has changed in the ecosystem to cause the problem, but Swift said it happens every summer.

“This year seems to be worse than the year before,” Blicksilver said.

“As long as you recognize there is a problem,” Blicksilver replied.

Councilman Richard Valuntas said the problem is not restricted to the canals of Royal Palm Beach. He has seen issues in neighboring Wellington.

Valuntas asked Webster whether the contractor can be more active in getting the weeds out of the canals and how much more it would cost.

Webster said the $125,000 that Liggins mentioned would help, along with dredging, which is planned for future years.

“We programmed the maintenance level on the dollar amount based on the current contract that we have,” Webster said. “We’ve had discussions with our contractor on future changes we may need to put us in a better position.”