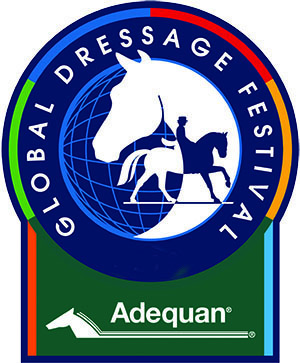 The 2014 Global Dressage Festival season is on. Members of the Wellington Village Council gave necessary approvals Tuesday to allow for the upcoming dressage show season at the controversial Equestrian Village site.

Council members unanimously approved both a plat and a seasonal equestrian use permit for the site, located on the northeast corner of South Shore Blvd. and Pierson Road.

Under the special-use permit, the dressage shows will be allowed on approximately 100 dates between Nov. 1 and April 30, with training and other related equestrian uses allowed between shows.

Michael Stone, president of Equestrian Sport Productions, which stages the shows, said it would be significantly larger.

“We had approximately 44 days of competition there,” he said, noting that the days include nine dates hosting Wellington Classic Dressage, which previously was at the Jim Brandon Equestrian Center.

Though property owner Wellington Equestrian Partners requested show hours to run from 7 a.m. to 11 p.m., council members agreed to extend the hours to 11 p.m. only on certain Friday and Saturday nights, and one Thursday night. All other nights, the shows would end by 10 p.m.

“There are some conditions of approval to mitigate any issues,” Growth Management Director Bob Basehart said.

Conditions include having Palm Beach County Sheriff’s Office deputies to direct traffic after events and no new construction except for manure management. Show promoters also agreed to coordinate with the Winter Equestrian Festival so as not to cause traffic problems by ending major events at the same time.

“Are you comfortable with the half an hour time lag between when [WEF] gets out and when Equestrian Village will let out?” Mayor Bob Margolis asked.

Stone said he was. “I think it worked pretty well last year,” he said.

Stone noted that dressage doesn’t draw massive crowds at one time like show jumping. “Each horse has a set time to take his or her individual test,” he said. “It’s a much smaller, individual event.”

There would be some jumping on the site, Stone said. “In between the grand prix events, we have what we call a derby on the grass,” he explained. “It gives horses a break.”

Council members were primarily concerned with allowing entertainment, as well as stadium lighting, parking and access to and within the site.

“Can you give me an idea of the type of entertainment you expect to have?” Vice Major Howard Coates asked. “I want to make sure that the equestrian use is the primary event, and that any entertainment is ancillary to that.”

Stone said the music would be primarily accompanying riders or in between rounds.

“We learned our lesson from Akon,” he said, referring to a large concert that took place two years ago, to the ire of neighbors. “We have accompanying music playing, like classic music. There is no intention of having any large rock-type bands.”

Gerwig asked about the use of the covered arena. “What sort of activities will be done in there?” she asked.

Stone said that the arena was used mostly for training, but that there would be one show held in it. “During our sixth week, we have a para-dressage competition that will be held there,” he said.

Council members also asked about parking on the site.

“Can you give me examples of how sufficient last year’s parking was?” Coates asked.

There is also overflow parking available in the unused dirt arenas on the southeast side of the property, Sexton said. “I don’t think they had to use them,” he said.

Amy Huber, of the law firm Shubin & Bass, representing the Jacobs family, said that her clients were largely in support of the issue.

“The Jacobs family is supportive of this application, as well as the current conditions proposed by staff,” she said.

However, she said that the family maintains the concerns expressed in pending litigation regarding certain aspects of the property.

Huber said the Jacobs had some concern about the intensity of use on the site compared to years past. “We believe there should be special consideration because of this,” she said.

Lighting is an issue for the family, Huber said.

“We believe there should be an illumination plan on file,” Huber said. “We believe staff should have time to go out and test the lights and… assure that [the lights] are pointed where they should be.”

Huber said another issue was adequate parking for not only the stables, but also vendors and employees.

“When you look at the parking count, it does not include those vendor spaces,” she said, asserting that the site was short by about 250 spaces.

Gerwig said that by issuing a special-use permit, Wellington could see the full use of the facility for future approvals.

“They’re anticipating one night a week being well attended,” she said. “If it works out the rest of the week the way they are saying, it doesn’t seem like there’ll be a big impact. This is a way for us to find out without permanent approvals.”

Basehart said that village staff believes there is adequate parking on the site for the stables, vendors and employees, as well as spectators.

During public comment, most of the speakers were in favor of the permits, though some had concerns.

Houston Meiggs, a board member of the Landowners of the Equestrian Preserve, said his group had several concerns, including hours of operations.

“We feel the operating parameters need to be clearly laid out so there is no future misunderstanding,” he said.

Chris Spire, another member of the group, was concerned with traffic, noting that just adding deputies every time there is an issue is not a long-term solution. “We feel a comprehensive traffic management plan needs to be put into place,” he said.

Jack Mancini with the Wellington Equestrian Forum was supportive of the measure.

“Though there is a lot of concern about what is happening here in the village, you’ve shown you want it to succeed,” he said.

Councilman Matt Willhite said he was supportive of the application with conditions, but wanted to know how the property was being used.

“This was supposed to be primarily a dressage facility,” he said. “Maybe as you go through this process, you can give us an update of… if you are looking at increasing other uses like hunter jumper at the facility. It seems like you’re trying to add a lot more other events there.”

Stone said he would keep staff updated with exactly what would go on.

“We’ve had jumping events there for years,” he said. “There always has been jumping there. The 12 weeks of the Global Dressage Festival is primarily dressage, except for four Sundays. They are smaller shows with a lot less horses.”

Other council-imposed conditions included not allowing entertainment before 9 a.m. and providing adequate signs and illumination at the entrance on South Shore Blvd.

“Would you be amenable to adding lighting at the entrance to make it more visible?” Gerwig asked.

Attorney Dan Rosenbaum, representing the property owner, said they would be.

Coates also said he wanted a weekly meeting between staff and Equestrian Village representatives to keep everything on track.