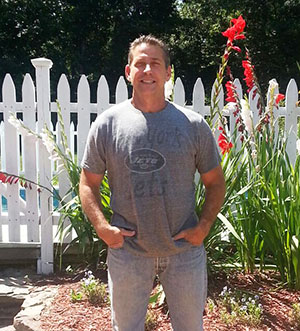 The Acreage father who spearheaded the drive to require that juvenile horse riders wear helmets in Florida has taken his campaign to other parts of the nation.

Gary Hornstein’s activism began with an Acreage tragedy — the death of his 12-year-old daughter Nicole, who died after a horseback riding accident in June 2006. She suffered severe head injuries after falling from her mount while not wearing a helmet. Nicole was in a coma for 20 days before she finally succumbed to her injuries.

Not only is the Indian Trail Improvement District’s horse park on Hamlin Blvd. now named in Nicole’s memory, but her father spent years lobbying in Tallahassee before the new helmet law was enacted.

Now, Hornstein has gotten a similar law through the New York legislature. As of earlier this week, it awaits the signature of Gov. Andrew Cuomo.

The bill passed both houses of the legislature in New York’s state capital of Albany about a month ago and must be signed by Wednesday to go into effect. “They expect it to go into law,” Hornstein said. “There’s been no animosity, no negative feedback.”

The bill was sponsored by State Sen. Kenneth LaValle (R-Long Island) and Assemblyman Fred Thiele (D-Long Island). However, with just days left in the session, prospects were not good. Hornstein had been working on the measure since 2011.

“When I got up to Albany, the bill was dead,” Hornstein told the Town-Crier on Tuesday. “There were two days left, and it was put on the shelf. They told me it might go next year.”

That is when Hornstein tracked down Assemblyman David Gantt, chairman of the Transportation Committee. “By the time we walked back to his office from the Assembly room, he said, ‘Look, we’ll hold a third meeting, and we’ll get this thing passed this year.’ I was very glad I went to Albany. Even Fred Thiele couldn’t believe that I had gotten it done through Nicole. I just told my story, spoke from my heart, and they went with it.”

Next year, Hornstein is turning his sights on the major equestrian bastions of Kentucky and Tennessee to try to get helmet laws enacted there.

Now a resident of Southampton, Long Island, Hornstein and his family lived in The Acreage when the accident happened.

“I still have a house down there, and I have my daughters down there, but I’ve been up here for a while now,” he said.

It took two years to get the bill passed in Albany.

“I went up the first year and spoke, and it didn’t go,” he recalled. “In the second year, they said it wasn’t going to go, and I went up there and it went. Two years to get a law, that’s pretty quick.”

Hornstein pointed out that it took Florida three years to get Nicole’s Law enacted.

“The average is seven,” he said. “I’m getting it down to a system now. I just went up there and pounded on every door that I could. Everybody who would listen heard about it. I carried her picture everywhere I went, and I can tell you something bigger than me was leading this thing. I’m very humble and grateful that this got done. If it saves one kid’s life, I’ve done my job.”

Hornstein said a common reaction by lawmakers and other officials is that they could not believe an equestrian child helmet law had not been enacted already. “It’s common sense, especially with all the helmet awareness that’s out there,” he said.

Hornstein also called attention to new designs in helmets that sense when a person is falling and will automatically fill an airbag.

“The technology that’s out there these days is amazing, for protective gear on your head, for vests that actually fill up with CO2,” he said. It’s very important. The brain is nothing to mess with. I’ve learned that and I see it, and I’m grateful that kids are putting them on.”

ABOVE: Gary Hornstein, instrumental in passing Florida’s law requiring juveniles to wear helmets when riding horses, is now lobbying for similar laws around the nation.