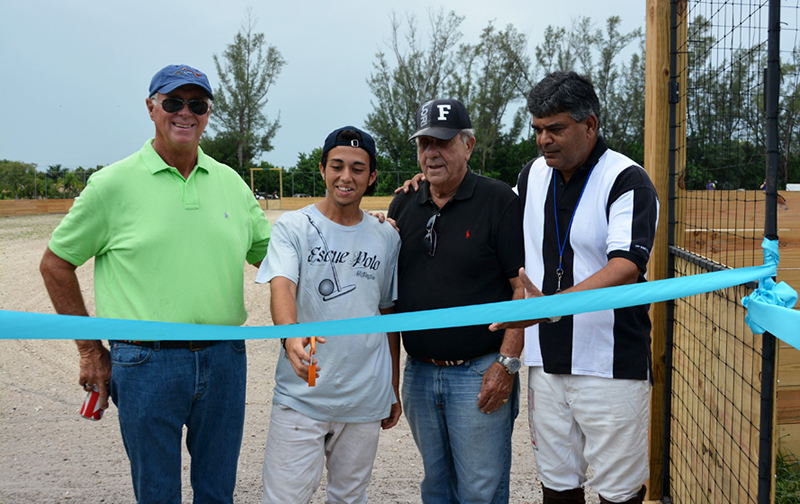 Escue Polo hosted the Cruz N 4 Chukkers Charity Arena Polo Tournament on Saturday, Aug. 31 to benefit 15-year-old, up-and-coming polo player Lucas Cruz in his battle against ameloblastic fibroma. Money raised will be used for Cruz’s chemotherapy and future surgery. There was a ribbon cutting to open the new arena, and a charity polo tournament was held between Escue Polo and Countyline Feed. Polo West catered the barbecue, and there was also a silent auction and raffle.