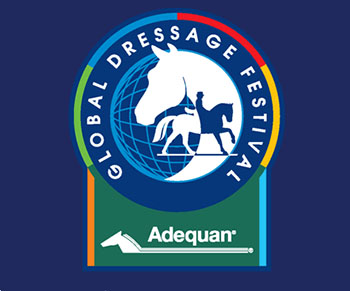 UPDATE: Equestrian Village Approved, But Conditions Could Be Dealbreaker

Discussion of the Equestrian Village proposals might have come to a resolution Thursday night, but confusion over council approvals could dredge up the issue again next month.

Members of the Wellington Village Council approved two measures Thursday, a master plan amendment to the site and a compatibility determination — but both were approved with conditions.

These conditions could be deal breakers, representatives of Equestrian Sport Productions said after the vote was taken.

The master plan was approved unanimously with an additional condition that would leave an entry point at Pierson Road as it exists today instead of moving it further east as requested. That was not contested.

The compatibility determination was approved 4-1 with several additional conditions, chief among them that the applicant not be allowed to construct a left-turn lane into the site on Pierson Road. Instead, council members requested additional studies be done over the next year to see if the turn is necessary.

But Dan Rosenbaum, attorney for the applicant, said the turn lane is integral to plans for the site.

“We have to do certain culvert work and other improvements that we’ve agreed to,” he said. “Everything was engineered around that turn lane. If there’s not going to be a lane there, everything we had in the land development permit needs to be changed.”

After the compatibility determination was approved, there was confusion over several changes to the application required by the council, including questions about a conceptual site plan in the application and which body would approve that site plan.

Village Attorney Laurie Cohen suggested that the council direct staff to put all the conditions in writing and discuss them with Equestrian Sport Productions. Then, if problems remain, council members could ask to re-open the discussion at a meeting next month if they wish to modify their motion.

“My suggestion would be you go ahead and table this,” she said. “You can table it to the next meeting to see whether these minor issues could be resolved and then bring it back for those issues.”

A decision on the long-awaited fate of the Equestrian Village property was pushed to Thursday evening after discussion of the issue stretched late into the night at Tuesday’s meeting of the Wellington Village Council.

As the Town-Crier went to press, council members reconvened to decide whether to approve a master plan and compatibility determination on the controversial site.

After hearing presentations from Wellington staff, the applicant and representatives from the Jacobs family, who oppose portions of the plan, as well as from members of the public, council members decided to continue the meeting Thursday evening.

“The applications have been well-thought-out and heavily reworked,” said Dan Rosenbaum, attorney for applicant Wellington Equestrian Partners, during his presentation. “The solutions to the technical problems have really been good solutions, ones that will allow Wellington and its neighbors and the applicants all to get along quite well and prosper together.”

Before the council was a master plan amendment to allow access to the site from Pierson Road and construct an eastbound left-turn lane. A compatibility determination would also designate the site as a commercial equestrian arena, which would allow it to operate year-round as a show facility.

Wellington staff recommended approval of the applications with a number of conditions. Among them, property owners must make improvements to the canal easement along the property, provide a horse crossing at the access point on Pierson Road and follow Wellington’s manure management standards.

Equestrian Village owners also would have to provide deputies from the Palm Beach County Sheriff’s Office to direct traffic after large events, coordinate event times with the Winter Equestrian Festival to minimize traffic, and limit the hours of operation to between 7 a.m. and 10 p.m., except for one night a week, on Friday, Saturday or Sunday, when the hours of operation would be extended to 11 p.m.

An approval could halt several lawsuits filed against the village after the council revoked previous approvals on the site. But denial of the applications could reopen expensive litigation that already has tied the village up in court for two years.

Discussion Tuesday focused largely on traffic issues. Michael Sexton, engineer for the applicant, noted that the plans included moving an entrance to the property off Pierson Road and building a left-turn lane to allow vehicles coming from the east to access the property.

“By adding an access point to the master plan, it has some flexibility to move to the proper position,” he said, noting that its location could be set in stone in the site plan.

But representatives of the Jacobs family, which has long opposed the project, requested that Wellington make South Shore Blvd. the primary access point and not allow left turns into the site from Pierson Road.

Alan Tinter, a traffic engineer with IBI Group hired by the Jacobs family, said the addition of a turn lane was a violation of the comprehensive plan for the area. “Even without the left-turn lane on Pierson Road, the access that remains can’t adequately serve the site,” he said.

During public comment, about 70 residents weighed in on the issue, either by speaking or comment cards. The majority were in favor of the applications.

“I see this as a very valuable project to Palm Beach County,” said Kelly Smallridge, president of the Business Development Board. “It provides an opportunity for the world to see not only Wellington, but also to see what we have to offer in Palm Beach County. This is the lifeblood of the businesses in this village.”

Dressage star Robert Dover, coach of the U.S. Olympic Dressage team, noted that a Pierson Road access would be integral to allow trailers and competitors into the site. “We are a family who has worked really beautifully to maintain the safety of our community, the pedestrians in it, the horses and the welfare of all,” he said. “From living here for 30 years and watching how beautifully the [Palm Beach International Equestrian Center] has worked for our community, I know… a left-turn lane into the stabling will work. This is important for the people with the big rigs who are trying to get their horses to the site.”

Former County Commissioner Ken Adams said he was wary of the over-development happening in the equestrian area. He said it was up to the village to set parameters to control growth in the Equestrian Preserve. “I congratulate this council for trimming this project,” he said. “It was an overreach in my mind. I urge you to look at the total impact of what is yet to be developed in that area. Look at the total impact, but move forward and approve the project.”

Equestrian activist Victoria McCullough said she thought that the Pierson Road entry should be limited to trailers, but opposed closing the access altogether.

“This access is important for trailers,” she said. “The dressage riders do not take tractor-trailers, and a six-horse goose-neck trailer making a U-turn on South Shore [Blvd.]… is foolish. It undermines safety in our village.”

She suggested allowing the opening for trailer use during the upcoming season and discussing solutions to any problems that arise.

After more than an hour of public comment, council members voted to close time for public comment and continue the meeting Thursday.

Updates to this story will be available online at www.gotowncrier.com.