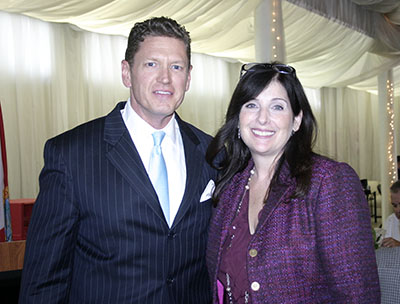 Oyer said the county’s agricultural history is complex and difficult to cover in brief because it began long before the county existed.

“It continues today, and it is the greatest economic engine this county has ever known,” he said. “It predated building construction, life sciences and tourism.”

Agriculture in Palm Beach County started with the Seminole Indians. While they were largely nomadic and lived predominantly off marine resources, they would move seasonally to the lake area. “They did harvest some crops, primarily sweet potatoes, but they were not big agriculturalists,” Oyer said.

Pioneers arrived beginning in the 1870s, including his family, who lived on Hypoluxo Island in a home made from shipwrecked timbers with a thatched roof of palmetto fronds.

“They did practice agriculture because they had no choice,” he said. “There were no stores. The nearest store was 120 miles north in a place called Sand Point. Today we call it Titusville.”

The next closest store was in Key West, which was three weeks round trip by boat. “We had to live off of whatever we could grow, hunt for or fish for,” Oyer said.

They farmed on the island, at first sweet potatoes and Indian pumpkins, a small, orange pumpkin the Seminoles taught them how to grow. Slowly, early pioneers began to diversify crops.

“One of the things we tried were pineapples, and that was very successful,” he said. “Pineapples grow nicely in that white sugar sand on the east side of the county.”

“We planted the cane, and it was sort of a cooperative effort along with two other families,” Oyer recalled. “A family called Lainhart, which if you’re familiar with the oldest business in Palm Beach County, it’s a hardware store called Lainhart & Potter.”

The other participant was Elisha Newton Dimick, also known as Cap Dimick, who was not a captain but was the first mayor of the Town of Palm Beach.

“He was the original platter of the town, and a very bad speller, by the way. If you ever notice, Cocoanut Row is misspelled. A whole bunch of streets are misspelled,” Oyer said.

The three families decided they were going to grow and mill sugarcane all over the barrier island and Hypoluxo Island.

They couldn’t afford to buy a mill, but Lainhart had a large piece of mahogany and decided he was going to build a mill.

“We went to a great deal of effort, and just when we had that done, we realized we didn’t have a kettle to boil the juice after we ground the cane. We cooperatively pooled our money and bought this large copper kettle.”

The grinder, which was powered by a mule, worked perfectly, but they got a rude surprise when they boiled down the juice.

“After a yearlong investment of time and money the cane juice tasted like salt because we had grown the sugarcane on the barrier island,” he said. “Unbeknownst to us, it was sucking the salt water. The more we boiled this stuff, the more it tasted like salt. It was an utterly failed experiment. No one would try sugarcane again for another 50 years in this area.”

One outstanding agricultural success came about totally by accident.

“We can grow a lot of crops here,” Oyer said. “We have just about the best growing climate in America. We get three or four growing cycles a year here. In the Midwest, all those other farmers get one growing cycle. We have perfect sunshine, precipitation, but we had a problem in the early pioneer days. Whatever we grew would spoil before we could get it to market.”

The nearest market was Jacksonville, which was about a three-week trip.

“Henry Flagler hadn’t put a railroad in yet, there was no Intracoastal Waterway, no inland road, so by the time you got whatever you grew to market, it was spoiled,” Oyer said. “We had a stroke of luck in January 1878, when a Spanish ship called the Providencia ran aground on a reef just off Palm Beach. My family and two other families were the first on the scene, and under U.S. salvage law at the time, you were allowed to lay claim to a majority of the cargo.”

The captain and crew were eventually saved by another passing vessel, and the families stripped the ship down to the waterline. What they found in the hold was 20,000 coconuts being transported from Trinidad to Spain.

“Everyone scratched their heads and said, ‘What are we going to do with all these coconuts?’” Oyer said. “They decided to plant them all over the barrier island. Their intention being this might be a good cash crop, and that turned out to be true. When these things grew to maturity, we had coconuts everywhere, and they don’t spoil in three weeks on their way to Jacksonville. So, all of a sudden, we had a profitable ag industry for the first time.”

South Florida’s agriculture industry evolved from its somewhat hit-or-miss beginnings. Through massive drainage programs, developers converted millions of acres of what was once swampland into some of the richest farmland in the country. It was also brought forward by Flagler, whose railroad gave farmers the transportation they needed to get crops to market quickly.

Oyer is the author of the children’s book series “The Adventures of Charlie Pierce,” which includes The American Jungle, The Last Egret and The Last Calusa.