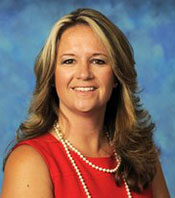 The Western Communities Council is preparing to review its articles of incorporation, which have not been updated since they were written in 1989.

The articles currently include provisions such that homeowners’ associations and the City of West Palm Beach can become members.

At its meeting in December, retiring Secretary John Bonde pointed out some of the idiosyncrasies of the document. Bonde is being replaced by Wellington Chief Financial Officer Tanya Quickel, whose Western Communities Council title has been changed to administrator.

“John only asked for two changes,” Indian Trail Improvement District Supervisor Michelle Damone said. “We decided to go ahead and do the whole thing. We ended up massaging the entire document instead of just a few of the items that Mr. Bonde had brought up. It’s just strengthening the organization as we move forward.”

Damone said one of the items that will be deleted is likely to be the provision that homeowners’ associations can be members. Although a relevant idea in 1989, it is an anachronism today.

“You’ve got to remember, Wellington was unincorporated when those articles of incorporation were formed,” she said. “The western communities were not what they are today. They were made up of small neighborhood organizations, like homeowners’ associations, representing their communities or their interests. Now it’s 25 years later and Wellington has grown tremendously. The population has grown, so the representation is at the elected or administrative level of each of the respective communities.”

She noted that back then, the Acreage Landowners’ Association was also a much stronger organization than it is today. “We used to have 11 board members, and when you had elections, there were 25 or 30 people trying to seek one of those seats, all the time, every year. It was a very well-organized, professional organization.”

Damone said ALA membership was once around 1,000 homeowners. “Back in those days, you paid $20 for a newsletter,” she said, explaining that many people who owned lots as investments lived in other areas and read the newsletters to keep informed. “You didn’t have that as freely as you have now with social media. It was a way to communicate, completely different than where we’re at today.”

She also pointed out that the Indian Trail Improvement District at the time was still controlled by proxy votes of large landowners.

“The Acreage Landowners’ Association was really formed for the small landowners, and then eventually the small landowners took over the Indian Trail Improvement District,” Damone said. “You have to understand the history to understand where we’ve gotten. The ALA has moved in a different direction. It still gets information out and works with the community, but just in a different role.”

She said the Western Communities Council and its administrators, such as attorney Charlie Schoech and Bonde, who was once ITID administrator, had lot to do with the growing strength of ITID and the area in general.

She pointed out that the western communities were well organized to support State Road 7 at the final public Florida Department of Transportation hearing, which saw organized opposition from the City of West Palm Beach.

“Through us working together, that’s how we’ve changed some legislators’ opinions on the worthiness of the road,” Damone said.

The most recent accomplishment of the Western Communities Council is bringing together most of its members to contribute for a federal lobbyist to make the final push for the completion of SR 7, which is still being fought by West Palm Beach.

Damone said the Western Communities Council enables the sharing of expertise to accomplish certain goals. She and Wellington Village Manager Paul Schofield have been working on the scope of work to hire the lobbyist.

“It goes to show that teamwork, instead of each of the respective communities hiring their own individual lobbyist for State Road 7, you see how we can pool together and utilize our resources, thus saving each community some money on it, and coming across much stronger,” she said.

Other issues the Western Communities Council has shared information on include numeric nutrient criteria, the C-51 studies and the Federal Emergency Management Agency flood maps.

“We also have an avenue there with the Palm Beach County Sheriff’s Office on illegal manure dumping,” Damone said. “We looked at that as a western issue. There’s lots of issues that are common across the communities.”

The next Western Communities Council meeting is set for Wednesday, Jan. 22 at the Indian Trail Improvement District office.