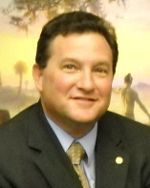 Although the Florida Legislature did not pass a bill to help local governments crack down on “sober houses,” State Rep. Mark Pafford (D-District 86) said he is hopeful that the state will address the issue next session.

Pafford addressed the Wellington Village Council on Tuesday, June 10 for his annual legislative update. Wellington has recently struggled with regulating “sober houses,” as the village lacks jurisdiction to police them.

“A sober home is not really defined in our statute, so it makes it very difficult for local communities around the state to understand what they are and regulate them,” Pafford said. “The guidance would be helpful to all of Florida. It would at least be a way to navigate how you can regulate them.”

Sober houses have become an issue in many communities across the state. Boca Raton and Delray Beach have a particularly large number of them and tried to enforce regulations but faced discrimination lawsuits.

There are key differences between a sober house, which is unregulated, and a congregate living facility, which can be regulated. Congregate living facilities must offer a personal service, such as addiction treatment or therapy — or in other cases, elder care. Sober homes typically rent out rooms to people who are in recovery for some kind of addiction. Residents must be in treatment to live in the homes.

“We deferred doing anything about sober house legislation prior to the legislative session,” he said. “Part of the thinking at the time was we were hoping to get some guidance from Tallahassee as to what was going to be done on a state level given the very dicey subject; we’re treading on federally regulated areas.”

Although a bill passed in one chamber, no regulations emerged from this year’s session, Coates said.

“Do you anticipate this will be something we will get guidance on in the next session?” he asked Pafford.

Pafford said he believes the issue would be raised again.

“I expect it to come back,” he said. “We did pass it out of the House, although it was a very watered-down, first recognition in the statute that sober homes exist. The Senate is where it got hung up. It’s a little bizarre, because we passed medical marijuana and immigrant tuition; we did some stuff that hadn’t been heard of, and I think ran contrary to what the legislature has been doing for many years. That was a really simple one, and it could have done a lot for residents.”

Coates asked Pafford to see that it does come up again, as the issue is affecting residents.

“We’re the closest to the citizenry, and we’ve heard a lot on this issue,” he said. “It’s very controversial within this municipality. We’ve tried to be out front of it, to do whatever we can, but we’re told our hands are tied.”

Wellington isn’t the only community facing such issues, Pafford said.

“There are some in the sober home industry who take advantage of their role,” he said. “There is very little therapeutic value for the residents in those homes, yet the owners continue to make a lot of cash when a head hits a pillow each night. They are certainly not doing any service to the residents, with the type of influence it has on the neighborhoods.”

“The residents don’t really want to hear that,” he said. “They want us doing something. But until we get some guidance from Tallahassee, I don’t know if there’s anything we can do. So anything you can do to help us from a state level — not just Wellington, but other municipalities — will be much appreciated.”

Pafford said he hoped there would be a more concrete bill in the next session.

“This session was the first movement to define [sober homes] and allow people to say ‘yes’ or ‘no,’” he said. “It provided help to homeowners, while still understanding that there are some U.S. Constitutional issues. I wish it had passed, but I think next year it will have a better likelihood.”