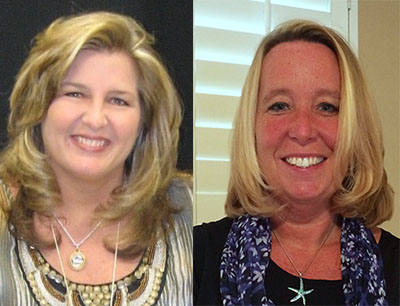 Assistant Principal Tracy Gaugler will be taking over for Suzanne Watson as the new principal of Royal Palm Beach Elementary School when Watson moves on to be an instructional specialist in the Palm Beach County School District’s Area 3 office.

Gaugler, who has been at Royal Palm Beach Elementary for five years, feels up to the challenge.

Knowing that Gaugler will be in charge has made things easier for Watson, who said that telling the staff she was leaving was one of the hardest things she has had to do in her career.

“I know they’re being left in great hands,” Watson said. “Tracy is a fantastic administrator, and I know they’ll be taken care of. That sort of put my mind at ease, knowing that the staff was just going to continue to thrive under great leadership. It gave me the opportunity to spread my wings a little bit and look at some other options.”

Watson has been a cornerstone at the school since the day it opened in 2002, 12 years ago.

“It was time for a change,” she said. “My assistant principal is taking over as principal, so I’m relieved and thrilled that the school is going to be well taken care of.”

Watson was previously a curriculum specialist in Broward County before she became a principal. Now, she will be working mostly in the Glades with Area 3.

“It’s an exciting position and one that I’m really looking forward to,” she said, torn between new beginnings and her time at Royal Palm Beach Elementary. “We’ve laughed so many times over the years and had such a great time. It was a really hard decision.”

Watson has many fond memories from Royal Palm Beach Elementary School and is proud of two specific accomplishments: maintaining an A rating since the school opened and having a low staff turnover. The staff she is leaving is almost the same group that opened the school, she noted.

Her message to the students has remained consistent. “I’ve always told them to dream big and shoot for their dreams. Don’t ever give up. There’s always something brighter and bigger on the other side,” said Watson, who has similarly high expectations for Gaugler. “She’s such a strong administrator, and she’ll be able to handle it just fine. As far as advice, I would just tell her to stay true to her heart and always do what’s best for kids.”

Gaugler anticipates a smooth transition, made smoother by the school’s administration and her educational background.

Gaugler earned her master’s degree from Florida Atlantic University and a bachelor’s degree from Juniata College in Pennsylvania before working at Pahokee Elementary School for 14 years.

From there, Gaugler came to Royal Palm Beach Elementary, where she found an administrative team that works together, which is something she considers extremely important. The atmosphere at the school is unique, and Gaugler cannot wait to share it with the community.

“Suzanne has done an awesome job creating a warm, inviting learning environment for our students and families at the school,” Gaugler said. “I really feel like our school is the happiest place on Earth. It’s also a very well-kept secret, so I’d like to work with teachers and families on publicity and marketing our school better so that it is no longer such a secret. We really have a lot to offer our children and families in Royal Palm Beach.”

Gaugler will be keeping many things the same but still embraces upcoming changes.

“What I’ve done as an assistant principal I will continue to do as a principal. I’m just thrilled to take on this new role and face the new challenges,” she said.

ABOVE: Suzanne Watson and Tracy Gaugler.