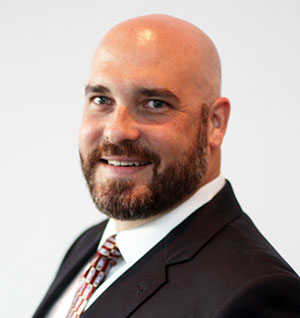 Antibiotic resistance is one of the most significant threats to today’s healthcare system, and that was the concern Wellington resident Tony Brazzale had in mind when he founded Gordian Biotechnologies Inc.

With a strong medical chemistry background, Brazzale has been in the forefront of science and business for the past 19 years. He has worked with numerous well-known companies, such as Abbott Laboratories and Wyeth.

Within the community, Brazzale is involved with several entrepreneurial and industry groups, including BioFlorida, the Life Science and Technology Hub, the Palm Beach Business Group, the American Chemical Society and others.

This year, with an exclusive global license from the University of South Florida, he founded Gordian Biotechnologies, which develops drugs to combat antibacterial resistance.

Antibiotics are medicines taken to combat bacterial infections. However, just as humans grow, learn and adapt, so do bacteria.

“The term ‘superbug’ is often used to describe antibacterial resistance. That’s when you have a bacterial infection and the antibiotics that the doctors want to give you don’t kill the infection because the bacteria have become resistant to the antibiotics,” Brazzale explained. “Bacteria have been doing this for tens of thousands of years; we’ve only been doing antibiotics since the 1920s. It’s an arms race — our brains versus their genetics. It started with penicillin, which was a wonder drug of its era, saving hundreds of thousands, if not millions, of lives. We’ve been seeing the growth of resistance to all classes of antibiotics since then.”

According to the Centers for Disease Control & Prevention antibiotic resistance occurs when bacteria change in some way that reduces or eliminates the effectiveness of drugs, chemicals or other agents designed to cure or prevent infections.

Despite bacterial resistance, antibiotics remain a cornerstone of the modern healthcare system.

“Beyond things like ear infections, UTIs [urinary tract infections] and strep throat, they give doctors the ability to save lives through procedures such as appendectomies, chemotherapy and organ transplants,” Brazzale said. “We’ve all been touched in a positive way by antibiotics. The human body can fight off infection, to a point. Once the infection sets in and takes hold, it’s tougher for your body to overcome it. You have to kill the bacteria. The way you kill bacteria is with an antibiotic.”

For example, severe bacterial infection can lead to sepsis, which annually causes millions of deaths globally. Effective use of antibiotics is key to patient survival in the treatment of sepsis, Brazzale said.

Like any other living thing, bacteria continuously evolve to resist their greatest threat, antibiotics, by developing new resistance mechanisms in order to survive. The CDC has determined that more than 2 million individuals become sick and at least 23,000 people die annually as a direct result of antibiotic-resistant infections.

This is where Gordian Biotechnologies steps in.

“Gordian is developing a drug toward commercialization that, by itself, isn’t a new antibiotic, but attacks the resistance mechanism of the bacteria, which allows existing antibiotics to be effective against what would otherwise be a resistant infection,” Brazzale said.

Bacterial resistance can be viewed as protective armor for the bacteria. The drug that Gordian Biotechnologies is working on is essentially a sword, slicing through that armor and exposing the bacteria to the antibiotic.

“If we can take the teeth out of the resistance mechanism, and allow an antibiotic that has already been approved and proven safe, to be utilized, we can extend the life of that antibiotic,” Brazzale said.

The CDC reported that in the United States alone, there is an annual healthcare cost of $20 billion that directly correlates to bacterial-related resistance, with potential additional costs of around $35 billion related to lost wages and lost productivity.

The global impact of such a drug is far-reaching. “Right now, as an example, in the United Kingdom, 80 percent of all urinary tract infections, UTIs, are showing a substantial resistance via a mechanism that our drugs are tailor-made to address,” Brazzale said. “The alternative to a therapeutic like ours, paired with the appropriate antibiotic, would be tens of thousands of women being admitted to the hospital for aggressive intravenous antibiotic therapy to treat a basic urinary tract infection that has become resistant to anything a doctor could prescribe outside of a hospital setting.”

Gordian is developing what is known as a beta-lactamase inhibitor. Beta-lactamase is an enzyme that bacteria release to fight a class of antibiotics commonly used to treat infection. This inhibitor stops the action of the enzyme, allowing the antibiotic to do its job.

“New resistance should be slower to develop to our drug than the earlier generation inhibitors that are currently used and in development,” Brazzale said.

The story of Alexander the Great’s solution to the Gordian Knot was the inspiration for the company name.

“The Gordian Knot was so complicated that is was prophesized that whoever could figure out how to unravel it surely was wise and powerful enough to rule the world,” Brazzale explained. “After studying the knot for some time, Alexander thought outside the box, pulled out his sword, and severed the knot in half, thereby fulfilling the prophecy. The moral being, if you are willing to think outside the box, you can unravel any challenge, no matter how complicated. And certainly, bacterial resistance is a very complicated challenge.”

The team at Gordian Biotechnologies isn’t shying away from such a challenge.