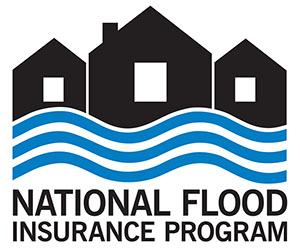 Town Manager Mark Kutney said that he and consultant Randy Wertepny will attend a technical meeting FEMA is having especially for community representatives at the Boynton Beach City Library on Seacrest Blvd. at 1 p.m. on Monday, Sept. 8. There will also be an open house for residents there between 4 and 7 p.m.

“Again, Randy and I will be attending that and providing information to any residents who have questions relative to the flood plain maps,” Kutney said.

Open houses will also take place Wednesday, Sept. 10 at the Belle Glade Civic Center and Thursday, Sept. 11 at the Jupiter Community Center. All open houses are between 4 and 7 p.m.

Wertepny said FEMA has been planning to update its flood maps for many years. “It is finally coming time to do that,” he said.

The existing FEMA map puts Loxahatchee Groves in an area that’s less at risk for flood. Under the first revised flood map presented last year, almost the entire town was in a flood zone.

“We have been working with the South Florida Water Management District and FEMA, and we are now looking at a map that looks a little bit better. It’s at a flood elevation of 17.7, so we’ve already reduced it by half a foot,” he said.

The meeting on Monday at 1 p.m. is for municipalities only.

“There is a particular process that begins on that day,” Wertepny said. “We have six months before these preliminary maps become final and are adopted by FEMA, which means that everyone who is in the new flood plain will be subject to the rules of being within the flood plain.”

The other open houses are geared for individual residents to meet with a FEMA representative.

“Any one of your residents can attend any of those meetings,” Wertepny said. “However, FEMA has specifically requested that you provide representation to the central meeting where your residents are more than likely to attend.”

Residents attending the meetings will be given a flood map to determine whether their home is in the flood plain. Insurance providers and other regulatory bodies will also be there, including SFWMD and Palm Beach County representatives.

Wertepny said that flood insurance is mandatory for residents in the flood plain who have a federally backed mortgage.

“Ninety-five percent of people who have a mortgage, it’s federally insured,” he said. “If that is the case, you are now required to have flood insurance. The flood zone that you are in determines what your insurance rate is going to be. They have not established what Palm Beach County’s insurance rates are going to be at this time.”

Wertepny noted that the building itself has to touch the flood plain for it to require insurance. “If your yard is within the flood plain, but not your home, then you’re not required to have insurance by your mortgage provider,” he said, explaining that most homes in Loxahatchee Groves were built on an elevated pad created by digging a pond and using the fill to create the pad, which could raise the home above the flood plain.

Wertepny explained that residents in that situation may be required to supply a downloadable application from the FEMA web site, along with professional certification that their floor elevation and the lowest adjacent grade are above the flood plain. The application fee is typically $425, plus the cost to get the property surveyed for topographical information.

There are about 150 structures in the town that will now be part of the flood plain, he estimated.

Community action can occur any time within the six-month appeal process, starting on Monday, when FEMA introduces the maps. “We can present upgraded topology showing that the town is above the flood elevations they want,” Wertepny said.

A weir or other hydrological evidence that has not been reflected in the information FEMA already has could also change the determination.

Mayor Dave Browning said he found it ironic that Loxahatchee Groves is regarded to be in the flood plain when it is one of the highest places in the county.

“Most of the properties north of Okeechobee [Blvd.], from what I understand, are about 22 feet above sea level,” Browning said.

Wertepny said initially the FEMA maps put most of the county underwater until the county started an initiative with the Palm Beach County League of Cities to get involved and fight FEMA’s original maps.