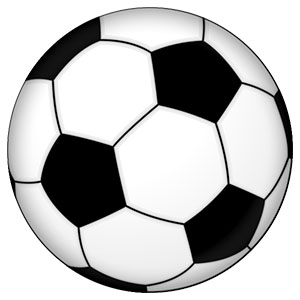 Soccer players and their parents showed up by the dozens at the Royal Palm Beach Village Council meeting Thursday, Oct. 2, seeking the village’s help in finding a new field.

Chris Popoff, president of the Elite Soccer Academy and Palm Beach Premier Football Club, said he wanted an equal chance at using the local fields for coaching his soccer students.

“We had a field last year, and the rec department has decided that flag football and a recreational program that you have for soccer are more important than the elite program we have here,” said Popoff, who was joined by about 100 supporters.

According to Popoff, the Elite Soccer Academy has the most competitive league in the region. The academy’s staff pride itself on building up players and training them for the major leagues.

The Royal Palm Beach Strikers recreational soccer program was granted the use of the fields at Seminole Palms Park, where the Elite Soccer Academy used to practice.

“The Seminole Palms Park fields are empty most of the time. All we are requesting is one field for now, three times a week,” Popoff said. “As our program grows, it’s going to be a great benefit to Royal Palm Beach, because you are not only going to have kids from here maybe make it up to the majors or college… but people are going to want to stay local.”

One concerned parent, Muhammad Yakut, is afraid his son will lose a good opportunity to continue playing without a place to practice.

“I am asking for your help in giving our kids field space and giving them the ability to continue practicing in a sport that they love,” he said. “This academy has brought a system, where they are educating our kids at a level that is yet to be seen.”

Mayor Matty Mattioli suggested the organization go to Palm Beach County officials with their concerns. “We can’t chase somebody else off and let you on, and we can’t make a field,” he said. “So, I don’t know why you are here today, asking us for a field. Where are we going to get it?”

Village Manager Ray Liggins suggested that Parks & Recreation Director Lou Recchio continue discussions with Popoff to see where on the schedule they may be able to fit practice time in.

“Apparently, we’re at a position now that the use of the fields has gotten to the point where this league is at the bottom of the protocol,” Liggins said.

Recchio said Palm Beach Premier was previously on a seasonal contract for field use.

“We leased the fields to them, because we had some time available with the understanding that if any of our primary providers grew to a point that they needed more fields, that they would have to relinquish their time,” he said.

Recchio said that while Palm Beach Premier runs a great program, Royal Palm Beach has to give priority to its own recreational program.

He said staff members attempted to get Palm Beach Elite and the Royal Palm Beach Strikers to hammer out some sort of an agreement, but that never came to fruition. Recchio noted that the village has had to pull the soccer team from using the fields before, in order to give priority to the recreational football teams.

Vice Mayor David Swift said the use of the fields are out of the council’s hands. “I would suggest you go to parks and rec and identify what the need is. The five of us are no experts on who should use the fields and when they’re available.”

Councilman Fred Pinto said he understands the situation but that the village has to be fair to the taxpayers.

“I sympathize with you, because I have a young son who plays and who is an athlete. He grew up playing in the local programs we have in the village, and when he got to a certain level, we had to leave town to find a place for him to play. So, I certainly understand the cycle you are in. However, our facilities were put in place with taxpayer dollars for the benefit of our taxpayers.”

As it stands, Palm Beach Premier will have to continue working with the Royal Palm Beach Parks & Recreation Department to find an acceptable schedule, or contact the county to find another place to play.

• Nine parcels of land will be under the jurisdiction of Royal Palm Beach after the council approved a voluntary annexation by a 5-0 vote.

Land Design South went through all of the necessary precautions with Palm Beach County for the annexation of the 88-acre site located behind Lowe’s along Southern Blvd., west of State Road 7.

“There was no objection by Palm Beach County,” Planning & Zoning Administrator Bradford O’Brien said. “The annexation of these parcels will reduce the size of an existing enclave.”

The properties, home to single-family residences and an animal rescue facility, are contiguous, compact and lend themselves to future development, which was one of the requirements to move forward with the annexation.

Mattioli explained to both the council and the public that the owners of the land will still have to go through the same planning and zoning processes to develop it.

“A voluntary annexation doesn’t give the owner any more privileges,” he said. “He still has to go through the same hoops as everybody else. All he can do is put his address as Royal Palm Beach now.”

• Councilman Richard Valuntas was chosen to serve as the village’s representative on the Metropolitan Planning Organization. Pinto nominated Valuntas to take his place.

“I was previously representing this council, but because of my day job, the attorneys here and at the county said it would be a conflict of interest,” Pinto said.

“We hope this year we will get an agreement that will keep this seat for us every year and not alternate,” Liggins said.

Councilman Jeff Hmara was chosen to serve as the MPO alternate.