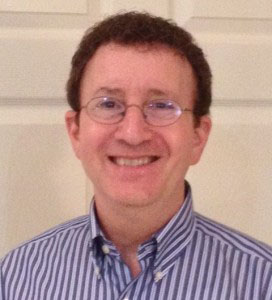 Temple B’nai Jacob in Wellington will be hosting a special program titled “Transforming Your Life Through Biblical Models” over the next several months, featuring insight and expertise from the congregation’s founder, Rabbi Bernard Eisenman, and its current spiritual leader, Rabbi David Abrams, who is also a licensed psychologist with a flourishing practice in Boynton Beach.

The program will take place on the third Friday of the month, starting in March and continuing until June. However, the first meeting is set to take place on Friday, Jan. 30, shortly after Friday night Shabbat services at 7 p.m., and concluding before 8:30 p.m.

With his unique perspective, Abrams is excited to bring his skills and education to the congregation, as well as anyone in the community who is interested in learning more about key figures in the Bible.

This led him to create the new educational series.

“I thought it would be great and unique to bring both my professions together, and Rabbi Eisenman has a background also as a pastoral counselor to the congregation, so they could experience both with me. Both the psychology part and the religious part,” Abrams said.

When Abrams approached Eisenman, who is rabbi emeritus and also attends Temple B’nai Jacob, Eisenman was thrilled to not only participate but to help facilitate the discussion.

“My perspective is coming from the life experiences I’ve had as a rabbi in terms of seeing congregant transformations,” Eisenman said. “I’m excited that I can be with Rabbi Abrams doing this because he is an outstanding Bible teacher and explicates the Bible narrative outstandingly from a psychological perspective, as well as a religious perspective.”

The two rabbis will be exploring biblical characters through the eyes of a psychologist, hoping that when participants leave the class, they will feel an emotional connection to those they have discussed.

The first character’s psyche they will delve into is that of the great lawgiver Moses.

“He was someone who was abandoned at a very young age, who spent the rest of his life leading people who were abandoned,” Abrams said. “You have to wonder about his psychological background and how his trauma affected him. I’m going to show them even how different parts of his brain might have been affected by the abandonment and his personality structure — and then have people really begin to explore their own lives and learn from Moses as a biblical character. That way, they’ll feel a closer connection to him as a human being, and in turn, help themselves.”

This, he said, is what modern psychology and science allows him to see in Moses. “This is what we would see today, and what he’s going through,” Abrams said.

Following Moses, the class will focus on other biblical characters, including Abraham, Jacob, Sarah and Rebecca, generally seen through the lens of a hero. But the class will reach beyond the heroics and into the individual.

“When we see them in a more human sense, instead of a miraculous figure, they relate to our lives even more so,” Abrams said.

The rabbis have a common goal for participants: When they leave the class, they’re going to feel an emotional connection to the biblical characters.

The approach of the class is to show people that they really can change their lives, especially through the unique combination of religion and psychology that Rabbi Abrams is able to provide.

One such change centers on loss. “If people have had issues of loss in their lives, or abandonment or struggles, that at the end of the day, would know that Judaism, and religion per se, is healing for them and can be healing. Every biblical character had flaws, but they found some solace and comfort in religious practice and their relationship with G-d,” Abrams said.

Eisenman couldn’t agree more, and finds the philosophy that Abrams brings to be unique and innovative.

“Rabbi Abrams is uniquely a psychologist and a rabbi, and he was seeking this program because he really believes that the synagogue as an institution is for the purpose of transforming the lives of people,” Eisenman said. “Not just for mere worship, it should be transforming their lives. That’s the theme of his rabbinate.”

Open to the public, the class will take place those Friday nights after services, which begin at 7 p.m., and is expected to be over by 8:30 p.m. Refreshments will be available.