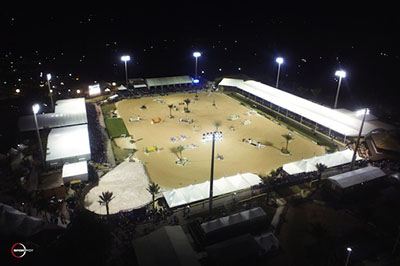 The popular FEI Nations Cup returns on Friday, Feb. 27, during week eight’s CSIO 4* competition. This exciting team competition brings horses and riders from around the globe to compete on Wellington’s international stage in an impressive night of top sport. The Nations Cup will feature even more prize money this year with an increase up to $100,000.

Featured classes will be held on the beautiful grass jumping field at the Palm Beach International Equestrian Center Stadium. Some of the exciting events scheduled for this year include the $127,000 Ariat Grand Prix CSI 3* on Sunday, Feb. 8; the $25,000 Artisan Farms Under 25 Grand Prix Series Speed class, $34,000 Suncast 1.50m Championship Jumper Series class and the $50,000 Equestrian Sotheby’s Jumper Derby on Sunday, Feb. 15; and the $50,000 Artisan Farms Under 25 Grand Prix Series Final and $85,000 Suncast 1.50m Championship Jumper Classic on Sunday, March 22.

The PBIEC Stadium will also once again host the $85,000 Salamander Hotels & Resorts Grand Prix CSI 3* in the intimate setting of its International Ring on Friday, Feb. 13. Home to the Adequan Global Dressage Festival, the Stadium provides a nice change of venue for horses and riders throughout the circuit.

WEF has proven to be a valuable training ground for both riders and horses, as the last three FEI World Cup champions, the last three Olympic gold medal teams and many of the top performers at the 2014 Alltech FEI World Equestrian Games all competed at WEF in preparation for these championship events. This year’s bronze medal show jumping team from the United States and individual bronze medalist Beezie Madden, McLain Ward, Kent Farrington and Lucy Davis are all WEF regulars and will return with their top horses in 2015. WEF also provides a great training ground for young horses. Top riders are known to bring along some of the world’s most promising future stars.